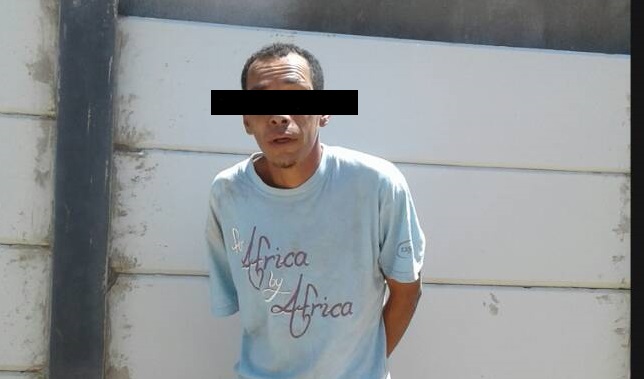 A Windhoek burglar’s luck finally ran out when he got busted for house-breaking with visible signs of being high on drugs after his colleague sped off with a plastic bag full of stolen goods.

A Khomasdal family reported to The Villager that the suspect and his unidentified colleague broke into their house at around 10H00 of Friday after they had managed to cut off the alarm system.

Unfortunately for them, the alarm system had already alerted the house owners before they could silence it.

“It was 10 O’clock in the morning, I got a call from the G4S guys. I told them that there is nobody at home, they must just come to the house. They could not enter the house because they did not have access to my yard. When my husband arrived at the house, the entrance was open,” said one family member who did not want to be identified for security reasons.

When the G4S team arrived on the scene they failed to make any arrests before leaving, only for the thieves to later flee out of the house in full view of the owners.

The family member said her husband, who had not as yet entered the house, had made a call to the police to have the house thoroughly checked, and it was at that moment that the thieves ran out and jumped into the yard next door.

A second sweeping patrol which saw G4S inspecting the house next door led to the busting of the suspect who was found hiding at the back of the house.

“But the guy that ran out of the house was not there with him. He ran away. This one looked a bit high, when we entered the house it smelt like there were drugs or they used some weed (marijuana) or something. And this one was drunk. The guy from G4S brought him out,” said the family member.

She could not verify the number and worth of the stolen goods saying that a police case had been opened while the matter had been taken to the courts for thorough investigations.