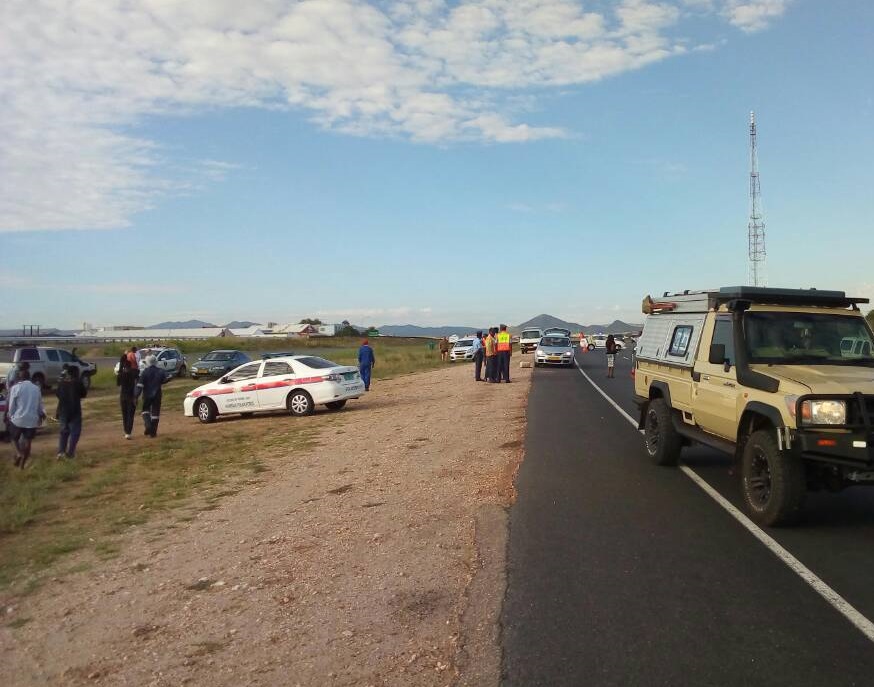 A 19-year old girl identified as Sarah Hock was hit by a car and died along the Western-bypass in the early morning hours on Thursday, police have confirmed.

Deputy Police Commissioner, Edwin Kanguatjivi, confirmed with The Villager that the girl is said to have been involved in an argument with her parents the day before the accident after which she allegedly went to the western by-pass to commit suicide by standing in front of an on-coming car.

“The rest are allegations but I know that she was hit by a car and the allegation is that this morning by 07.35am, on the western by-pass opposite the Lutheran Congregation, she was allegedly standing on the shoulder of the road and as a car was passing she jumped in the road,” said the deputy commissioner.

He also confirmed that, “The other allegation is that she had a quarrel the previous day with her mom. And this morning (Thursday) when she left she said that she was going to commit suicide. But these are all allegations so far.”

Also speaking to The Villager, Marshall Rangers’ Sheriff Shaun Naude confirmed the accident describing it as an unfortunate situation.

However, contrary to the police report, he said that the teenager jumped off the car she was in after an argument with her mother before speeding into the busy road.

“They tried to stop at the western-bypass to tell her to get in the car and she refused. She ran across the highway and got struck by a vehicle. She is a 19-year old caucasian school student and it was very tragic. Parents were on scene, so they are notified and the situation is taken care of,” he said in an audio made available to this publication.

Due to the conflicting narratives it is still not clear what exactly happened and police investigations continue.

This also comes in the wake of a twelve-year-old boy having reportedly committed suicide in Luderitz by hanging himself with a piece of cloth after his father tried to talk him down over problems he had at school.