The life of a Tombo addict 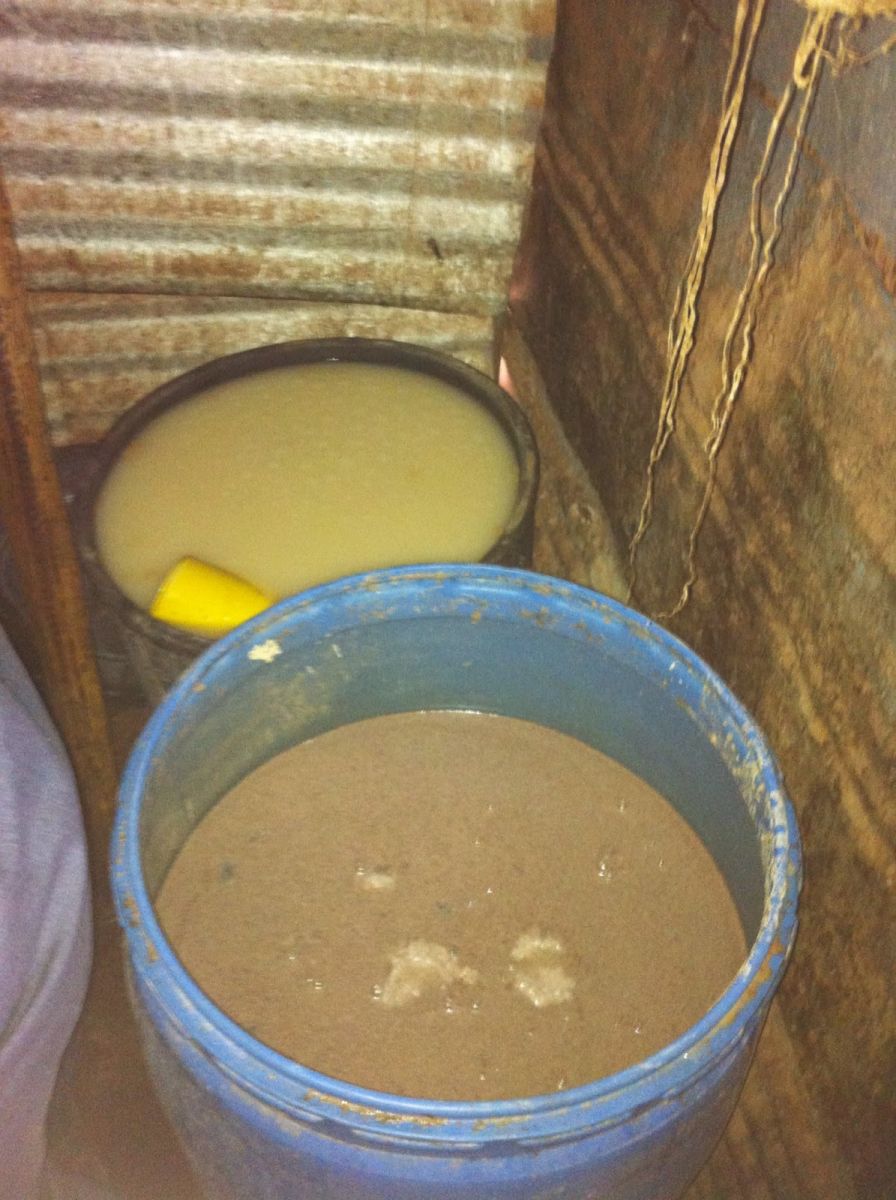 It is 10h45 on a Thursday morning and 30-year-old Jonas Thomas (not real name) is planning on how to earn his next quick buck to buy his N$5 glass of the traditional brew, Tombo.

Thomas who refused to be photographed is addicted to Tombo and does not have plans to stop anytime soon.

Sometimes Thomas would consume nothing but kapana left overs and Tombo for days on, but insists that his Tombo drinking habits have not contributed to his inability to keep a job to support himself and his children.

He now describes himself as someone who lives in extreme poverty, and is finding it hard to slay his demons and improve his way of life.

His only hope now is for his children to finish school and eventually lift him out of his poor reality.

“I have been unemployed for two years now, and every morning I wake up, I come to the Tombo house to drink,” he begins.

The rich accent and maturity in his voice can not conceal the natural intelligence in this thirty-year-old as he begins to narrate his ordeal.

We are in the thickness of the notorious but famous Katutura’s Single Quarters, where almost everyone seems to drag their feet in an alcohol induced stupor.

“As you can see, I am not the only one here. We have given up on life to a point where drinking is the only thing that will help us forget,” he explains.

Despite efforts to land a job, luck seems to have never been on Thomas’ side, that golden call from prospective employers always eludes him as if he has been doomed with an unbreakable curse.

“There was a time where I used to apply for anything and everything but I gave up. I did well in grade 12 but I’m just not getting anywhere,” he explains.

But Thomas is not the only one, with the economy having reached the precipice, life has become harder and harder for the ordinary Namibian that flocks to the city for a dream job.

On a good weekend, he would assist the bar next door to off load their stock from the delivery trucks and get as little as a N$10.00, which is only enough to buy a loaf of bread for the moment.

But he has also been caught on the unfortunate side of life, and has two baby-mamas to deal with, who also look up to his pocket to fend off the sharp teeth of hunger.

Luckily, at least they have some form of employment.

“I sometimes help these guys next door, but it’s not worth it, sometimes you offload many beer crates and not get anything at all. I am lucky that my kids’ mothers at least have jobs that can assist with paying for our children’s school fees and food,” he says.

But the man feels not man enough, given the cultural expectations from men when it comes to providing for the family.

With each day passing by and luck still eluding his dreams, desperation too, like a famished lioness on the prowl, has crept in.

“I don’t mind being a gardener or anything, but one thing I will not do is steal, because I know that’s one lifestyle that can be addictive and dangerous at the same time,” he says with a tincture of firmness in his wavering voice.

Although the traditional brew has been labelled as toxic if consumed regularly to the point of beyond the required amounts, Thomas says he is at a point of life where being healthy is no longer a priority.

It’s not easy to fail to understand the father of two.

“I know it is not healthy, but it is the cheapest, I want to stop but I keep asking myself, if I stop drinking then what?” he says.

Thomas’ Tombo addiction is no secret to his family, they all understand his situation, he says.

“My family know this is the place to find me every day. I feel at home because at the end of the day, everyone here is going through something in life. Even under age young girls would sit here and drink Tombo the whole day, which is sad,” he stresses.

He says, most people that gather at the traditional brew house are TB patients that would have escaped from the hospital just to have a ‘quick charge’ and go back.
In a recent report of the top ten biggest boozing countries in Africa, Namibia has taken position five with 67% of alcohol consumption.

In another 2007 Social Impact Assessment and Policy Analyses Corporation survey, more than half of Namibian adults consumed an average of 10 litres of alcohol a week.

“In Namibia, not less than 10 people die in violence-related incidents fuelled by alcohol abuse every week,” reports a local weekly paper.

Alcohol abuse has thus become one of the biggest headaches the police have to deal with on a weekly basis.

“I think time has come to take a strong stance and test the reality out there and deal with the matter not in a half-hearted fashion but in a decisive manner,” former deputy minister of land reform Bernadus Swartbooi was quoted as saying by the media.

Meanwhile, there seems to be no other option for Thomas, he walks us to our car and we leave him behind contemplating another mug.