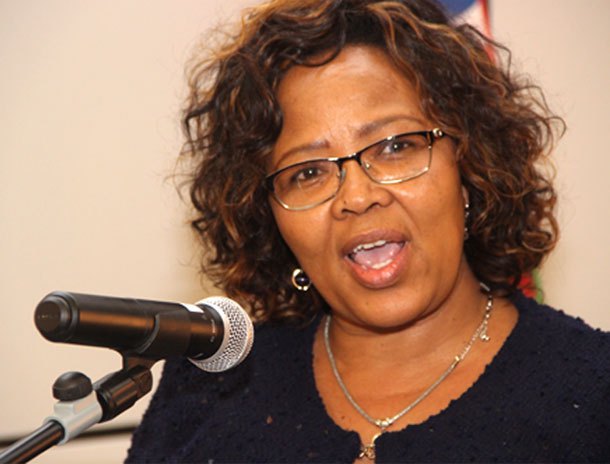 Minister of Education, Katrina Hanse-Himarwa, has confirmed that she has been summoned by a Mariental court on corruption charges dating from when she was the Hardap regional governor.

Hanse-Himarwa is currently facing one charge of corruption for allegedly corruptly using her position for gratification.

In a press statement dated 02 March 2018, Hanse-Himarwa said, “The actions I took as governor of the Hardap region were always informed by my demonstrated commitment to see development and socio-economic upliftment in the region. It is a great source of pride for me that many of the projects including the ‘mass housing’ and many of my actions taken while I was governor have yielded tangible results towards the development and progress of the Hardap region.”

She further stated that she did not abuse her powers in that office or desired to.

“The allegations levelled against me tormented my person for a long time as it is difficult to defend yourself in a court of public opinion. As a public office bearer, I submit myself to the scrutiny that accompanies such a role and therefore welcome the long awaited opportunity to present my case in a court of law. I believe in due process and am confident that justice will be served. I look forward to presenting my evidence, of which I am confident that I will ultimately be vindicated,” she said.