Mulunga suspends one staff member, seeks to discipline another 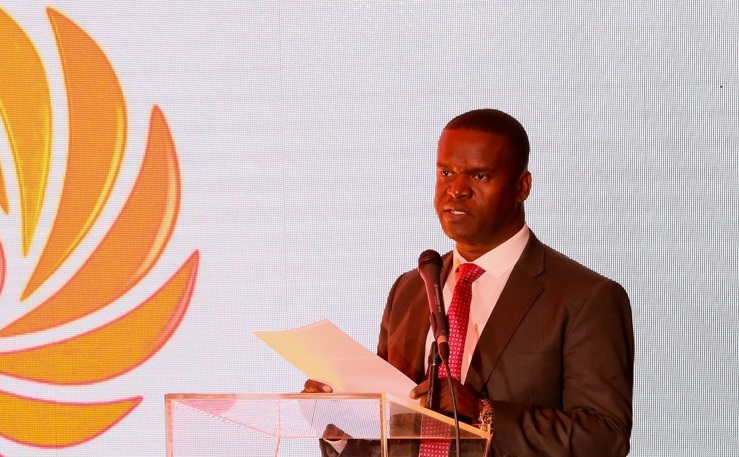 The Namcor managing director Immanuel Mulunga has suspended one staff member and asked another to explain why he should not be suspended over bungled Tsandi Service Station.

The suspended staff member is commercial manager Kosmos Damaseb and the head of the unit, Ludwig Kapingana has been informed of a pending disciplinary action.

Mulunga himself faces suspension over allegations of favouring his friend for a tender award to supply lubricants to Namcor.

Namcor is developing a retail service station with Teya Investment at Tsandi Service Station as a dealer-owned and dealer-operated site.

In letters, both dated 12 December 2017, seen by The Villager, Mulunga charges the two of not following orders and executing the project as agreed in several meetings.

Mulunga reminds Kapingana in a letter referenced disciplinary matters states that as the head of the commercial business unity, it was his duty to see that the project had been executed.

Also, he added, Namcor was supposed to provide technical support during the construction as well as supply and install retail visual identities on completion of the shop and the forecourt.

He said there was a delay in supplying the retail visual identity material and the dealer wrote to Mulunga informing him that he was opting for Namcor's competitor.

"I have only learned after Teya Investment's letter that there is no legally binding contract in place between Namcor and the dealer which gave him an opportunity to clinch another deal with another company," Mulunga wrote.

Mulunga said although Teya would reimburse Namcor for the pumps, “there is potential for serious reputational damage to Namcor as we had announced publicly that Namcor's first two retail sites would be up and running before the end of the year”.

According to Mulunga, Namcor had budgeted sales of two million litres and expected to make N$19,879 million by the end of August 2017 until March 2018.

“This is the magnitude of the potential loss of income to Namcor through your gross negligence, misrepresentation or fraud,” Mulunga said.

He also accused Kapingana of disobeying a lawful instruction he gave him to implement the sales agent information session since July 2017.

The failure, Mulunga added, to implement the information session exposed Namcor to a potential loss of business.

Mulunga asked Kapingana to explain why the company should not initiate a disciplinary hearing.

Damaseb's letter said accused him of not holding a sales information sessions and not executing the Tsandi Service Station project.

In the letter, Mulunga said Damaseb was suspended with immediate effect on full pay pending the outcome of investigations.

As part of his suspension conditions, Damaseb is required to be reachable by phone at all time and expect to be summoned to work.

He should also not leave Windhoek during normal working hours although he was ordered not to set his foot in the company premises during the suspension.

The Villager made attempts to contact Damaseb who was out of office for the day, while Kapingana’s direct line went unanswered.