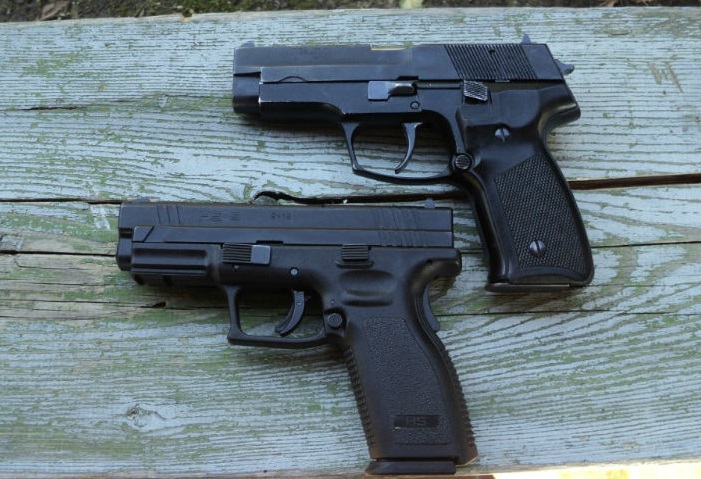 Institute for Public Policy Research’s (IPPR) associate researcher Dietrich Remmert has said in his latest report, the number of gun-ownership in Namibia has exponentially doubled over the past 13 years.

“The current number of firearms legally owned by Namibian civilians, according to the NamPol database, is 200,010. In his firearms survey of Namibia, Boer states that at the start of 2004 the police database recorded 97,262 firearm licenses,” he says.

Remmert observes that these figures alone mean there are currently around nine legally owned firearms per 100 people based on population estimates for 2016.

This departs from 2004 statistics which indicate that there were around 5.04 guns per 100 people in the country.

“The 2004 IPPR, small arms survey, notes that at the time of the study NamPol estimated that around one-fifth of all illegal and unregistered guns were once correctly licensed and since lost or stolen.

"The remainder, it was suspected, originated from other countries specifically Angola,” says Remmert.

He notes that the more recent Auditor General’s rearms audit does not provide any disaggregated figures for illegal, unregistered and prohibited guns.

“It states that part of the overall illegal stockpile of firearms in the country is drawn from armaments originating from Namibia’s liberation war.

"The audit also quotes an estimated total figure for all legal, illegal, unregistered and prohibited guns held in Namibia which is put at 260,000 and 13 guns per 100 citizens,” says the researcher.

NamPol and government officials have in recent years repeatedly voiced their concern that Namibian civilians are in possession of an excessive number of firearms, he says.

“Specifically, authorities have emphasised that guns beget an increase in violent crime such as murders and armed robberies as well as contributing to an overall high crime rate in Namibia,” he adds.

However, what is concerning is that in Namibia there is no constitutionally-enshrined right to firearm ownership by citizens.

The Arms and Ammunition Act does not obligate the Inspector-General to approve gun license applications even if the applicant meets all requirements for legal gun ownership, Remmert points out.

He submits that the approval of private firearm licenses is therefore at the discretion of the authorities.

“Consequently, the ownership of a firearm is legally held to be a privilege and not a right,” says Remmert.

He reveals that a total of 59,883 gun licenses were authorised over the past nine years with an average of around 6,653 licenses issued per year.

“With regards to the types of guns that applicants apply for, the license application form provides choices for five types: pistol, revolver, rifle and shotgun combination, rifle, and shotgun,” he says.

“NamPol officials have repeatedly voiced their concern that increasing amounts of firearm licenses are linked to an increase in firearm-related crime,” says Remmert.

Police officers noted that they have found that most gun-related crimes are committed with firearms acquired from the legal civilian gun stockpile either through loss, theft or negligence by the owner, he says.

“The statistics for armed robbery are perhaps the most striking with regards to gun-related crimes in Namibia.

“Total armed robbery cases then dropped slightly further in 2011/12 and after that began to rise again steadily until the latest completed financial year 2016/17 which displays a similar total recorded case number in 2008/9,” he explains.

Remmert observes that to a lesser extent, the cases reported for armed robbery reflect the overall trend of all armed robberies; seeing a less pronounced drop in recorded instances of gun-related robbery from 2009/10 onwards.

“However, from 2013/14 onwards, armed robbery with a firearm deviates significantly from the trend displayed by robbery with another weapon in that it remains constant with between 346 and 377 cases recorded per year for the last four years,” he says.