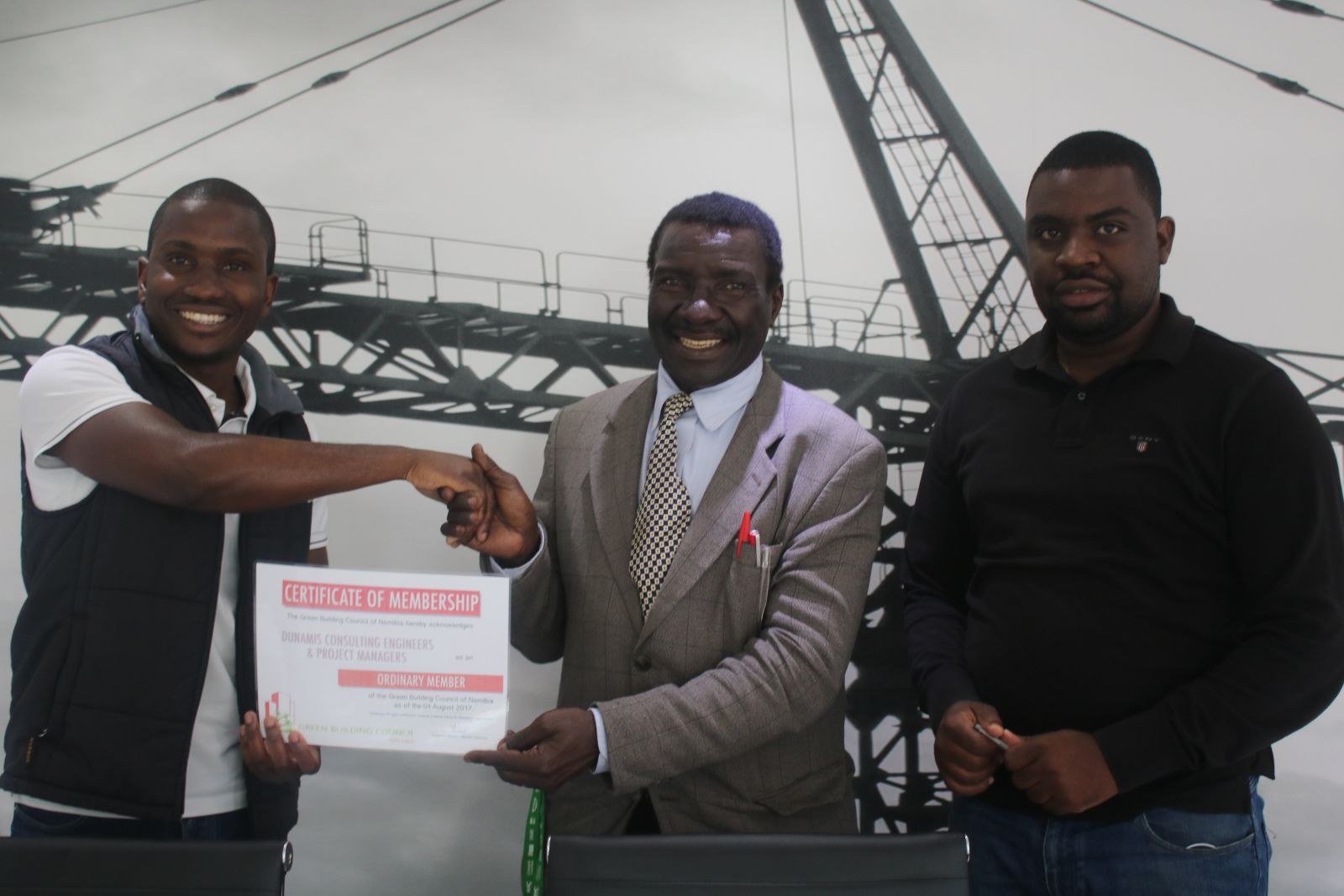 Green building expert engineer Frederick Muketi has said the municipal vision of transforming into a smart city brings the much needed opportunity to erect green buildings right across the country.

“In the last convention at least for the first time we got them involved. Others have been crying that without the municipal council we can not make a major impact.

“When it comes to buildings it’s the cities that we are building. The people in the forests are not damaging the environment, the people who are damaging are those that are in the cities because we are changing from the green environment that God gave to us to what we are now calling the “Concrete forest”,” he said.

Dunamis Consulting Engineers’ Ashipala Uushona sees an opportunity “to contribute in our own understanding and introduce technologies that will assist in an environmentally friendly city.”

“We want to spearhead and see if a few cities can accept some of these PPPs which are being floated around th world and if city of Windhoek come in, because they have partnered with another group, then we can move faster,” he submitted.

He said if the city comes aboard the green building initiative and becomes the needed driving force, it will need to have its efforts augmented by other partners.

He affirmed that building a non green building is only cheaper if people do not understand green.

“If suppliers are green, then the things are going to be cheaper and there is competitiveness. Instead of roofing with anything, you just roof with solar panels, you don’t have to put a panel on top of a roof,” he said.

“We need to employ a full time house that will be working and not people who are already in consultancies working for others and they are making money and they don’t expect to work for free. We are not going anywhere, we have agreed on this one. Even the world green building council has advised us,” said Muketi.

Abisai Nambahu, a civil engineer with Dunamis Engineering also said that there is a need to direct mindsets towards the idea of sustainability.

Nambahu agreed that without all the stakeholders, there wont be any impact made.

“There are set standards, for this kind of beam you use this type of thing, you can’t recycle this and that. We need to know how we can go about that,” he said.

Nambahu chipped in, “There is a misunderstanding about the engineering standards, they are actually supposed to stand as guidelines for you not to limit innovation. You find a situation where a graduate is limited fro thinking freely and being innovative because there are manuals to be stick on.”

In response to that Muketi said, “We are talking with universities, there are programs for schools, we need to go a bit faster. There are volunteers that need to empower them to go a bit faster. I have seen our own engineers in our ministry of works and transport, trying to refuse certain designs because they don’t understand.”

“We have got war. We must be at the same level. The service of the industry as well as the service to the customers must be talking the same language. Because now if the city of Windhoek is going to be given designs which are superior to them they will not approve. We need every organisation to be at par,” he stamped.