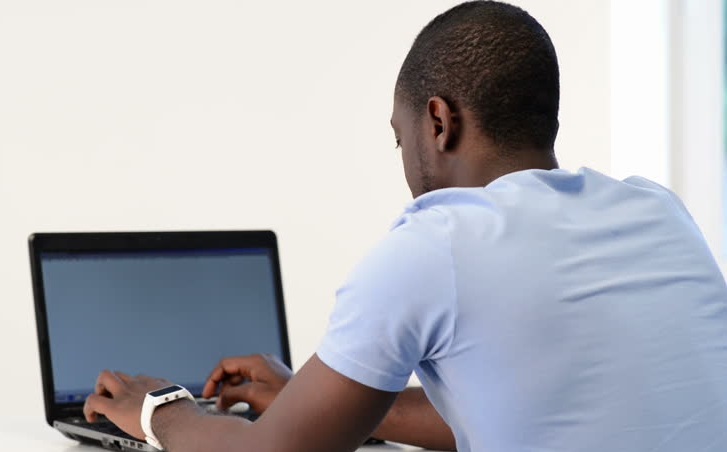 Government’s frantic efforts to claim the national domain extension .na from the control of a private entity owned by a German gynaecologist have failed to bring results, and ICT experts are angry.

A domain extension is a notation at the end of a web address that specifies an Internet category or a country code, examples being .us, .uk or .de and in the case, for Namibia it is .na.

Dr Ben Fuller, a university educator, also acts as the company’s director, documents seen by The Villager dating back to 2015 reveal.

This has continued to raise serious concern in the local ICT community with experts fearing for their security in case the doctor decides to shut down the entire system or chooses to sell the company to rogue elements.

“We are very concerned about this. I think we have joined the government’s cause over the years to change ownership of this arrangement. By all standards, a domain cannot be owned by an individual,” Internet Society Namibian Chapter Founding President Ester Nashilongo Gervasius said.

While counties elsewhere in the world play a unique role as stewards of their Internet's domain name system, Gervasius said Namibia might be the only country in the world with such a situation.

“If for whatever reason the .na name goes down, hacking or simple non-payment to the Internet Corporation for Assigned Names and Numbers (ICANN) then all domain names under it will fall, almost an internet Armageddon in Namibia,” said an anonymous expert.

Dr Lisse has also come under fire for further charging exorbitant fees for registration of domain names by private companies or individuals with costs ranging roughly between N$5 000 to N$6 000 in Namibia while in South Africa it costs a mere R60 to R70.

In Zimbabwe, which has its top-level domain name under the jurisdiction of Zimbabwe Internet Service Providers Association, a formation of a variety of internet service providers, registration costs stand at a mere US$10 (approximately N$140).

“It’s costly here in Namibia more than elsewhere else,” said another anonymous ICT expert, “When ownership of .na fell under private hands back in the 90s, the government did not understand technology, and they didn’t care.”

He said if Dr Lisse “decides to pull off the plugs then it means all companies with the .na domain name will be shut from the internet. It also means banking services are brought down,” he added.

Another tech-expert who spoke on condition of anonymity said, “The private person who administers this has private interests, he was quick to register the top level domain. This guy wants millions to sell the domain to government and government is stuck. He is making money for nothing.”

He said the government needs to present the national risks involved because of administration of a top-level domain name such as .na “should not be about money.”

“Even the government of Namibia’s website, .gov.na, its name on the internet depends on a private individual. So the government needs to say, look, your private interests are so minute compared to the national interests, in as far as this .na is concerned,” he said.

Leading local expert on Big Data and developer of Namibia’s first national portal Lameck Mbangula Amugongo said the government made the mistake of failing to predict the future of technology and now a lot of money which should have been falling in state coffers finds its way to a single individual.

“Government was not tech savvy enough to be able to see where the internet will go. This Germany in Swakopmund, he is a doctor, saw the opportunity of the internet, he saw how big it would one day become. So what he decided to do back then was to buy that .na. It has become a business for him.”

Registration for the .org.na and .com.na in Namibia costs roughly between N$700 to N$1 000 per year, another expert noted.

Amugongo said, ‘The money goes directly to him.”

“This is very dangerous,” Amugongo added, “The domain of your country if not owned by the government, if not owned by Namibians and is owned by some German, then he can sell our domain to anybody. To the highest bidder.”

“Its unfortunate for Namibia, really unfortunate. There are reciprocal consequences for the country because a company that is not even in Namibia, what they can do is to buy the .na domain and pretend as if they are operating from Namibia, but they don’t even pay taxes here.”

Speaking to The Villager this week, Robert Nadim of Orange IT Solutions Pty Ltd (OITS), an independent reseller of IT products and services in Namibia said he is frustrated by the current status quo.

“I am aware of the fact, and I think it’s a Germany person who owns this. I have also frowned on the situation where there is one person or one small company that owns.na,” he said.

Director of Solutions Architecture at the Office of the Prime Minister (OPM) Stefanus van Staden said, “The person who created the domain for Namibia did this in his private capacity in the 90s. This is an individual who was one of the early members of ICANN. I understand that he is still on the board of ICANN.”

He said the fact that ICANN was formed on the principle of the freedom of the internet gave lee-way to Lisse to then seize the opportunity to privatise the national domain name.

“This is where the difficulty most probably lies. To disassociate a legally registered organisation which has been given a right by an international organisation to manage these domains,” he said.

Even if the government is to take the legal route, they face severe headwinds, said Van Staden.

On its website, ICANN indicates that it is a not-for-profit partnership of people from all over the world dedicated to keeping the Internet secure, stable and interoperable.

It was designed to promote competition and develop policy on the Internet’s unique identifiers.

“ICANN doesn’t control content on the Internet. It cannot stop spam, and it doesn’t deal with access to the Internet. But through its coordination role of the Internet’s naming system, it does have an important impact on the expansion and evolution of the Internet,” says the site.

Minister for ICT Tjekero Tweya, his deputy Stanley Simataa and the permanent secretary Mbeuta Ua-Ndjarakana could not be reached for comments at the time of publication.