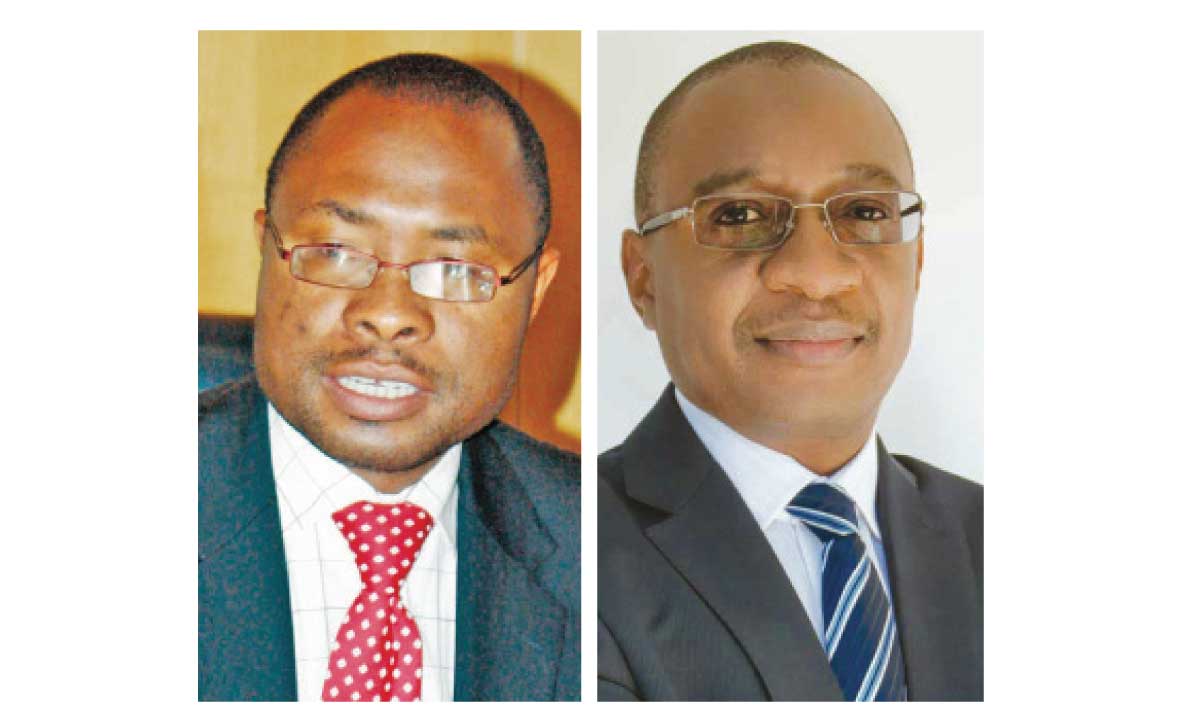 The cumulative balance sheet of the commercial banking sector in Namibia grew from N$51.5billion in 2010 to a phenomenal N$87.2 billion in 2014 while combined assets of pension funds grew from N$10b in 1990 to over N$105b at current the latest findings by The Villager show.
In 2010, total balance sheet of the commercial banking sector stood at N$51, 5 billion, increasing to N$67 billion by 2012, N$77 billion in 2013 and eventually N$87, 2 billion by 2014.
Not only has the balance sheet of the banking and  non-banking sector shown exceptional growth for an economy that  is heavily reliant on importation of basic commodities with very little local production but the commercial banking sector also kept its capitalisation stand at 4% above the minimum requirement.
Comprehensive figures availed to The Villager by Bank of Namibia (BON) show that during 2014, the banking industry maintained capital positions of 14, 4% in relation to the 10% minimum capital position level.
BoN Director for Strategic Communications and Financial Sector Development, Ndangi Katoma, told The Villager that the total qualifying capital grew from N$8,3 billion to N$9,4 billion between 31 December 2013 and 31 December 2014.
“Since independence the banking institutions were regulated under two different laws namely the Bank Act of 1965 and the Banking Institutions Act of 1998,” said Katoma adding that, “With respect to the capitalization of the banking industry, which includes both the SME Bank and Trustco Bank, the overall capitalization stands on aggregate at N$14, 3 billion,” said Katoma.
The Namibian banking sector has been dominated by three South African originating banks (NedBank, FNB, Standard Bank) while NedBank with local shareholding has done well to claim a good chunk of the market space.
The phenomenal growth of the banking sector could also have nee driven by the entrant of new players in the including Trustco Bank, Development Bank of Namibia, SME Bank,     and Agribank and E Bank in the preceding years.
Non-Banking Sector
Since independence, the major highlight in the Non-bank financial sector (NBFS) was the establishment of the Namibia Financial Institutions Supervisory Authority (Namfisa) in 2001, as well as the establishment and development of financial institutions in the NBFS.
These have created jobs for and developed skills of countless Namibians.
Namfisa Chief Executive Officer, Phillip Shiimi said however, skills-transfer in institutions and intermediaries that are subsidiaries of mainly South African entities remains limited and alarming.
The NBFS consists of four main capital markets namely pension and friendly society markets, short-term and long-term insurance markets and credit markets.
Shiimi added that the financial institutions in these markets are stock exchanges, investment managers, management companies of unit trust schemes, pension funds, friendly societies, short-term insurers, long-term insurers and reinsurers, and micro-lenders.
“The intermediaries include stockbrokers, transfer secretaries, pension fund administrators and consultants, trustees of unit trust schemes, custodians of securities, and insurance and reinsurance agents and brokers,” said Shiimi.

Insurance Markets
In 2013, a total of N$6, 3 billion was the net premium in both short and long-term insurers whilst policy liabilities amounted to N$33, 46 billion.
Shiimi said that however in 2002, the net premiums received by both long-term and short-term insurers amounted to N$2, 58 billion.
“Both the short-term and long-term insurance industry developed quite well since 1990, two of the largest insurers converted from mutual societies into public companies, making many Namibians, who were policyholders, shareholders,” said Shiimi.
Since Independence, Government introduced Regulation 8 and 15 requiring insurers to invest at least 35% of insurance assets in Namibia.
“Two reinsurers were established during the period in particular NamibRe and HarvestRe. At the time reinsurance was mainly contracted with foreign reinsurers, and these reinsurers created local capacity,” said Shiimi.
There was also consolidation in the short-term insurance market with Mutual & Federal acquiring Fedsure General Insurance and Santam acquiring Allianz Insurance in 2002.
In the long-term insurance market, Regent Life acquired Capricorn Life Assurance Company in 2003 while Sanlam acquired Namlife in 2007.
Namlife, a long-term insurer, was established with funding from the International Finance Corporation, of which Namibia is a member since 1990.
Pension Funds and Friendly Societies
Shiimi added that by 1990, Government Institutions Pension Fund (GIPF) came into existence as a pension fund with assets of about N$6 billion and currently its assets are now in excess of N$80 billion.
“Government amended Regulation 28 under the Pension Funds Act to require pension funds to invest at least 35 percent of pension assets in Namibia.
“This contributed to the amount of capital available in the capital markets for investment and for funding Government budget deficits,” said Shiimi.
In 2011, Government enacted the Income Tax Amendment Act to require retirement annuity funds to register under the Pension Funds Act. This was done in a bid to protect consumers by enhancing the oversight of retirement annuity funds.
The next year, Regulation 29 was introduced that requires pension funds to invest at least 1, 75% in unlisted securities.
Medical Aid Funds
Since independence, members of private Medical Aid Funds (MAFs) increased from 49,000 in 2003 to over 175,000 in 2014.
Meanwhile, contributions to private MAFs increased from N$475 million in 2001 to N$2.3 billion in 2013 and this amounted to 1,6% and 1,8% of Gross Domestic Product in the respective years.
Credit Markets
Shiimi noted that with the establishment of NAMFISA in 2001, micro-lenders and moneylenders were brought within the regulatory fold and in 1997, 34 micro-lenders had already been registered, with the numbers increasing to 287 in 2014.
From less than N$215,8 million in 2003, total loans to consumers in 2013 amounted to N$2,6 billion in 2013.
Capital Markets
The Namibia Stock Exchange (NSX) listed securities of 14 companies incorporated in Namibia in 2001, which reduced to 8 by 2013.
The NSX enabled companies to raise more than N$1 billion in capital since inception and the most notable listing was that of Namibia Breweries, raising about N$300 million to expand its operations.
Today, Namibia Breweries generates in excess of N$1 billion in revenues, and generates increasing export earnings.
So active has the NSX been that up to N$8 billion worth of shares exchanged hands in 2014 alone.
Shiimi added that the number of stockbrokers stood at 5 in 2014, from the initial single stockbroker.
The NSX local capitalisation amounted to 16,3% of GDP while overall market capitalization amounted 12, 3 times of GDP.
By the end of March 2014, pension funds, insurance companies, and households were increasing and these assets grew to N$123,3 billion and N$37,3 billion, respectively.
Shiimi added that these assets are mainly made up of pension fund and insurance assets. Of the 24 approved investment managers, 12 are domestically controlled, while three of 13 management companies are owned or controlled by Namibians.
“However, both the investment managers and management companies manage relatively few assets compared to the associates or subsidiaries of, mainly, South African entities,” he said.
Shiimi also added that household savings increased through the use of unit trust scheme portfolios and in 2013, households invested N$19.1 billion, or 51.2 percent of total assets, in unit portfolios.
“This is 15.1 percent of 2013 GDP. In 2010, households held N$12.6 billion in unit trust portfolios. This is growth of 51.6 percent over four years,” said Shiimi.