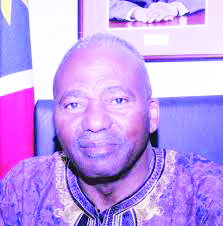 I recently returned from Masschrict in the Netherlands, where I attended the 32nd board meeting of the European Centre for Development Policy Management (ECDPM) on 19th -20th of last month.
ECDPM is an independent foundation, established in 1986, as a “think and do tank”. It’s main goal, today, is to broker effective development partnerships between the European Union (EU) and the global south, particularly Africa, by focusing on major challenges in international co-operations. ECDPM’s mission has two components: (i) to strengthen the policy management capacity of institutions and other players in the countries of Africa, the Caribbean and the Pacific and (ii) to improve relations between the EU and African, Caribbean and Pacific countries. ECDPM uses a combination of roles and methods to link policies and practice. It organises and facilitates policy dialogues, provides tailored analysis and advice, disseminates timely information, participates in South-North networks and carries out policy-oriented research with partners from the South.
The centre also supports institutions in the developing world to define their own policy and development agendas. It further assists in the implementation of policies, with keenness on impact evaluation. ECDPM is funded by the Government of the Netherlands, the Danish International Development Agency (DANIDA), the Department for International Development (DFID), together with a host of other European institutions, to serve as a broker between the EU and Africa-Caribbean-Pacific (ACP) member states, especially in the areas of political, economic, security and social relations.
This is done by engaging the parties through targeted interventions by way of enhancing policy dialogues and facilitating fertile encounters. For this reason, the ECDPM board comprises of members drawn from Africa, Caribbean and Europe, selected based on merit and individual competence and acceptability. I am one of the few members on the board, from Africa.
Among the topics reflected upon by the recent board meeting centred around the intricate relations between Africa and the EU on the subject of Economic Partnership Agreements (EPAs). As most people are aware, Namibia is one of the many countries that have found it untenable to endorse EPAs in their current form, with the EU, based on the fact that the presented EPA will not be favourable to Namibia’s sustainable socio-economic development.
During the board meeting, serious concern was raised on both sides (Africa/EU) on the subject. As with regard to Europe, the insensitivity it demonstrates towards the serious concerns raised in Africa on the EPA process (more the process than the content), was discussed and reflected on seriously. Concerning Africa’s position, the influence of the rapid development of Africa, the new actors taking an ever increasing share of attention and the increasing self-confidence influence the attitude towards Europe.
The forthcoming Africa-EU Summit is scheduled to take place in Brussels in April 2014. Based on the serious concerns on the present state of affairs, on EPAs in particular, and a continued worsening of the overall relationship, the discussions turned to finding possible ways of redressing the course of events.
Points made were that ECDPM should continue and increase its work to produce documentation on what the failures of regional agreements on EPAs could lead to, even if they would be seen as controversial and that ECDPM should work out a brief, draft opinion article, to be used by members of the ECDPM board and like-minded researchers and activists.
This article would be published all over Europe, with the purpose of increasing awareness of high-ranking policymakers on the risks of pursuing the current approach.
Because of the seriousness of the concerns on the African continent surrounding EPAs, the EU is sceptical the EPA discussion may take centre stage or top the agenda during the forthcoming Africa-EU Summit at the expense of any other item on the would-be agenda.
However, any patriotic leader’s take on the matter would be that it is vital the Africa-EU Summit be made relevant to Africa by focusing on unresolved issues at the heart of Africa’s wellbeing and economic emancipation, particularly, the question of EPAs.
Besides, the Eminent Persons Group from ACP member countries, headed by the former President of Nigeria, Chief Olusegun Obasanjo, is conversing for understanding and support within European capitals, for the position of concern taken by ACP countries, especially Africa, on EPAs.
During the seventh summit of ACP heads of state and government at Sipopo in Equatorial Guinea on 13th – 14th December 2014, the Sipopo Declaration will be released, to determine the future of the ACP Group in a changing world, looking at challenges and opportunities.
The ECDPM is increasing its networking on the African continent by working with the AU Commission. It also seeks to extend this close collaboration with the Pan-African Parliament, through targeting its oversight role.