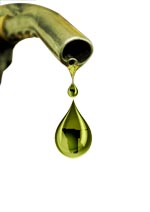 Following the discovery of possible oil deposits along the Namibian coastline and the Orange basin, private consultancy firm, Rich Africa Consultancy, is at an advanced stage of organising the first ever Oil and Gas conference in Africa.
The conference is expected to open stakeholder discussions among players in the oil industry and will bring in a variety of international experts to give their general overview of the oil industry in Namibia and the rest of the world.
The two-day conference is slated for early September. Endorsed by the Ministry of Mines and Energy as the regulator for petroleum products in the country, the conference will focus on a sustainability plan for the country’s oil industry.
Other co-sponsors of the conference include multinational British Petroleum Company, BP and Cheriot Oil and Gas, which is currently exploring for the liquid gold along the country’s shores. PricewaterHouseCoopers, PWC is its auditing and accounting firm.
“The objective of the conference is to explore the implications, opportunities and challenges associated with the discovery of oil and gas in Namibia. This learning platform will ultimately establish the foundation for developing a sustainable framework for the proficient management, development and investment in Namibia’s petroleum resources,” notes the official statement by Rich Africa Consultancy.
Rich Africa Consultancy has confirmed the presence of leading international and national experts on diverse areas such as economics, finance, tax, geology, petroleum operations and specialised upstream legal matters, along with industry players with international experience that will interact with stakeholders in the Namibian petroleum industry.
The first successful well drilling is still to be experienced by exploring companies including HRT of Brazil, Cheriot Oil and Gas, BP - which focuses on the coastal bloc. Cheriot Oil and Gas’ speculation is still rife that the Namibian economy has the potential to produce enough oil for local and export purposes.
Rich Africa Consultancy executive director, Selma Shimutwikeni said her company is eager to see the successful hosting of the conference that is expected to contribute to the national strategy on the best way to handle the country’s oil to the best of the Namibian economy.
“As a proudly Namibian company, Rich Africa Consultancy is honoured to have initiated this economically enhancing exercise for the benefit of the country. We are grateful to the Government and sponsors for making this important event possible. We firmly believe in the African proverb that states; ‘Tomorrow belongs to the people who prepare for it today’,” said Shimutwikeni.
Namibia also has vast gas deposits close to the Namibian-Angolan border, which experts still argue could be exploited to exonerate the nation from a looming power deficit, which also faces the rest of the Southern African Development Community (Sadc).
While it is yet to prove beneficial for the stakeholders in the oil industry to engage through the conference, the world event comes to Namibia at a time when prices of the commodity have reached a record high of US$114 (approximately N$980) per barrel and there has been growing talk about oil-producing countries not benefiting immensely from their own resources.