IPC CAN GO WITH THEIR 4 SEATS - AMUNIME 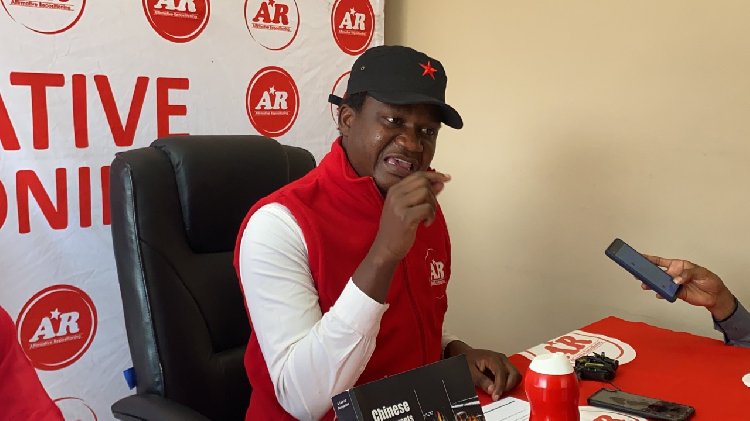 Amunime's comments come after the City of Windhoek coalition partners raised a concern with the IPC leader Dr Panduleni Itula's letter in which he said that the current mayor, Job Amupanda should not be retained.

Four political parties make up the City of Windhoek coalition partners. These are AR with two seats, PDM with one, Nudo with one and IPC with four seats.

The other two political parties - LPM and Swapo - are not partners in the coalition. LPM opted out in December 2020, while Swapo was never part of the coalition discussions.

Itula also said that the other coalition partners should also come up with resolutions regarding the matters at the City of Windhoek.

Amunime also said the City of Windhoek coalition could function without IPC.

The other coalition partners told Itula that he had no authority to negotiate coalition matters with non-members.

The AR convened a press conference on Tuesday where they addressed the issue of Itula and IPC's stance on Amupanda's mayorship.

Talking to The Villager on Wednesday, Amunime said: "If IPC does not want, they can go. Swapo has five seats, but they are ordinary members.

"They can go with their four seats and be ordinary members of the council. I think that is something that must stick in their head. They are not some kingmaker for everybody."

Amunime added that the coalition could function without the involvement of IPC and said it is intact.

"The coalition has no crisis. We issued a statement for IPC to come in order at the meeting that will be held.

"It is like having five kids in the house, and there is just one that is naughty, that steals, putting the family in crisis. If you discipline that child and take action for them to at least be right. So IPC be discipline for them to be able to walk and serve the residents," he expressed.

According to Amunime, the agreement the four parties signed states that they vote when they cannot agree on an issue.

"So every party has one vote, and a decision is going to be made. We are not worried unless they chicken out and go," he said.

Amunime further said the coalition agreement indicates that a party that wants to leave must apply.

Amunime said if no one else brings the fourth seat to constitute leadership, the municipality will hang.

"If Swapo, LPM and IPC can't work together, there won't be leadership which forces re-election. So all those are available dynamics."

He emphasised that the AR maintains a cardinal relationship with its coalition partners.

"This is with the exemption of IPC because they are the ones playing these funny games of going outside to try and destabilise the coalition," he said.

He stressed that they are not position mongers and will wait for what will transpire a the meeting scheduled for 29 November 2021.

"We are elected for five years regardless of what happens in the coalition. We are hopeful that the coalition will continue with its function, and we are going to constitute leadership comes the first week of December."

Speaking to The Villager, McHenry Venaani, PDM, said there is no indication that the coalition is collapsing. Instead, there is misunderstandings of leaders.

"We will usher those problems as soon as possible, and in any leadership arrangement, there are disagreements," he said.

Venaani urged the coalition partners to take the residents of Windhoek in high confidence.

"Let us not be focused on bickering and fighting, but concentrate on the issue of governance."

He stated that there are some major differences, but there are not new to our set-up in Namibia and coalitions in their nature are difficult governments.

Venaani said PDM does not have a problem working with all progressive forces to run the city in a fair manner.

"We are not at a level where we would look at new partners at this point."

He stated that there is time and room for leaders to come down and address the issues while forcing on the city's development agenda.

"Leadership was never an easy feat. Coalition partners in the City of Windhoek must fight to protect the interest of the residents. Bickering and fights won't resolve anything. Eyes on the ball, colleagues."