Is this the end of Harambee? 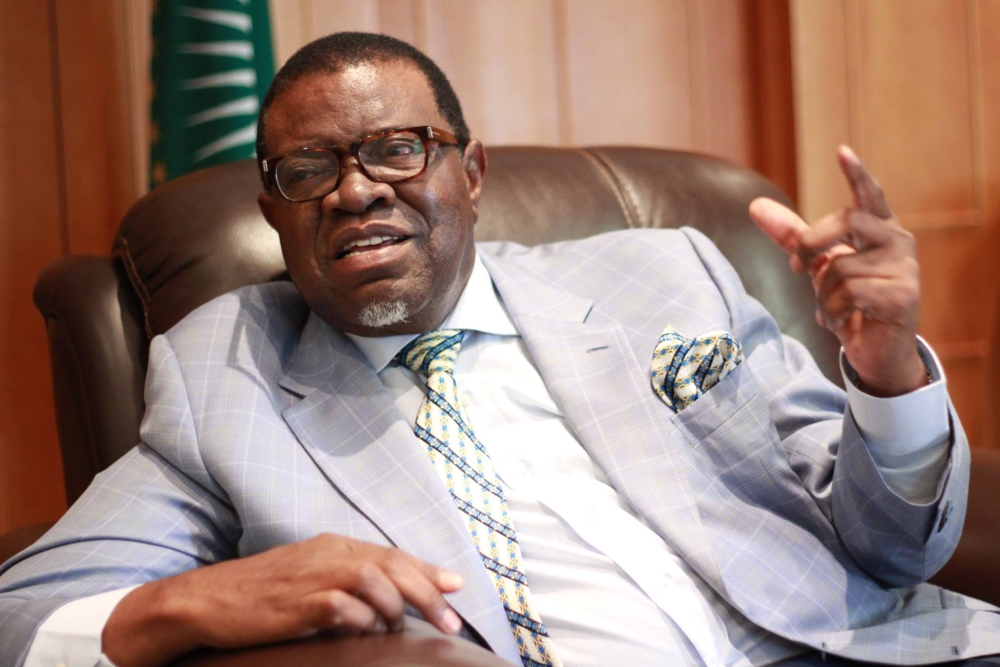 Despite the Harambee Prosperity Plan failing to take off and reach its fullest potential as far as delivering on its promises is concerned, President Hage Geingob made mention of it at the end of his Independence Day speech, prompting speculation that he was fast admitting its failure.

The Harambee watch-word dominated the centre of the President’s first term of office as he widely called for the private and public sectors to team up and end poverty and take Namibia’s masses through inclusive economic prosperity.

Yet the blue-print was battered by weak growth in the domestic economy at infancy.

Contrary to the vision of job creation, many people were laid off as graduates filled the streets, while weak consumer demand and company closures hurt the open economy.

One of the plan’s masterminds and advisor to the President on economic affairs, John Steytler had to jump ship this month.

An analyst has also weighed in to say that the Harambee was fast retreating into being a white elephant.

Said Venaani, “Harambee has failed in Kenya. It’s a failed policy in Kenya. So, by bringing Harambee here in Namibia, Kenyans would be surprised. How are you copying things that have failed back home?”

Ironically, Kenyan president Uhuru Kenyatta was in the country for the celebrations and jetted off this week Monday.

“When Hage came to power, his word was that he was going to bring prosperity to Namibia. But that word has disappeared in his vocabulary. He spoke of the Harambee Prosperity Plan, but that plan has been disintegrated because it cannot succeed. So, he is just shifting new goal posts,” said the opposition leader.

Venaani said he credited Geingob for one thing, “now that he has appointed an economic panel” adding, “I have been calling for an economic and job summit in this country for years now. He only realises this when things are at this level.’’

Venaani has admitted that the President was right in drawing contrasts between 2019 Namibia from that of pre-independence.

But he shot at him for “failing dismally to bring about economic liberty” and “only realising now that housing and slums are a crisis” after serving many years in influential positions including that of Prime Minister.

“How do you realise that only after serving on all influential positions?” queried the PDM politician.

In the meantime, Geingob’s outpour of sympathy for the many who have borne the brunt of the economic sting made headlines last week Friday.

Yet his promise that he would create more jobs and pick up the economy from the doldrums has been watered down as wishful thinking.

According to analysts the “how factor” was glaringly invisible in the promise.

Venaani reiterated that this economy cannot create jobs if one does not change the economic fundamentals.

Political analyst and academic, Ndumba Kamwanya said the President’s speech saved to set the motion for his political campaigns ahead of elections towards the end of the year.

“For me it’s an admission. Remember that government has been saying the economy is Ok, but I think now he has realised that you can’t ignore the facts. So, he has to speak to that, and he knows that a lot of people are suffering. Combined now that it is an election year, he has to do that as well. He is trying to talk to his voters so that they can also be sympathetic to him,” said Kamwanya.