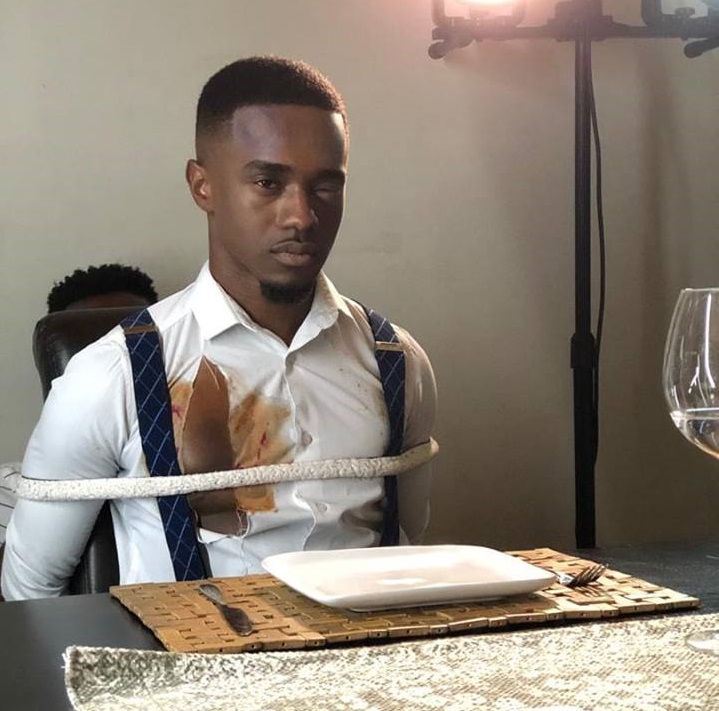 Afro pop and Dancehall artist TopCheri has released a 3m45s music video to her Fertile album hit, Johny, in which she portrays the character of a scorned lover who gets back at her cheating boyfriend.

The music video which features the ‘many girlfriends’ of Johny who is played by budding model, Wellem Kapenda, lived up to the potential of the song.

Johny is basically a typical Casanova dressed as a gentlman who is quick to give compliments that will have any woman fall in love with him.

But really he is a two timer whom a woman will regret introducing to her mother in no time.

During his escapades he meets a woman who can match his level of cheating with an equally high level of unhinged when she invites him to dinner only to have him tied up and battered.

Now he is sitting across the table from the woman whose life he ruined with lies and cannot answer ‘Dear Johny why did you lie to me?’

The music video which already had over 8 000 hits in the first 48 hours of its release has a smooth flow and energetic chemistry which is displayed by TopCheri and Johny.

It is all roses and unicorns but until she discovers his cheating ways, bursting the honeymoon bubble. Now the engagement ring he gave her cannot save him from her revenge.

The overly confident Johny could have seen the signs when he got home to a set dinner table with no food on the plates and an opened wine bottle, but his attention was most likely turned to his phone.

The entire scene should have been suspicious because it gives off the perfect Diary of a Mad Black Woman vibes.

In the end really all he gets is a glass of wine to that perfect hair line.

Blvc Boxx Entertainment now will have to maintain this level of production and only create room to create great productions, from us this gets five stars.