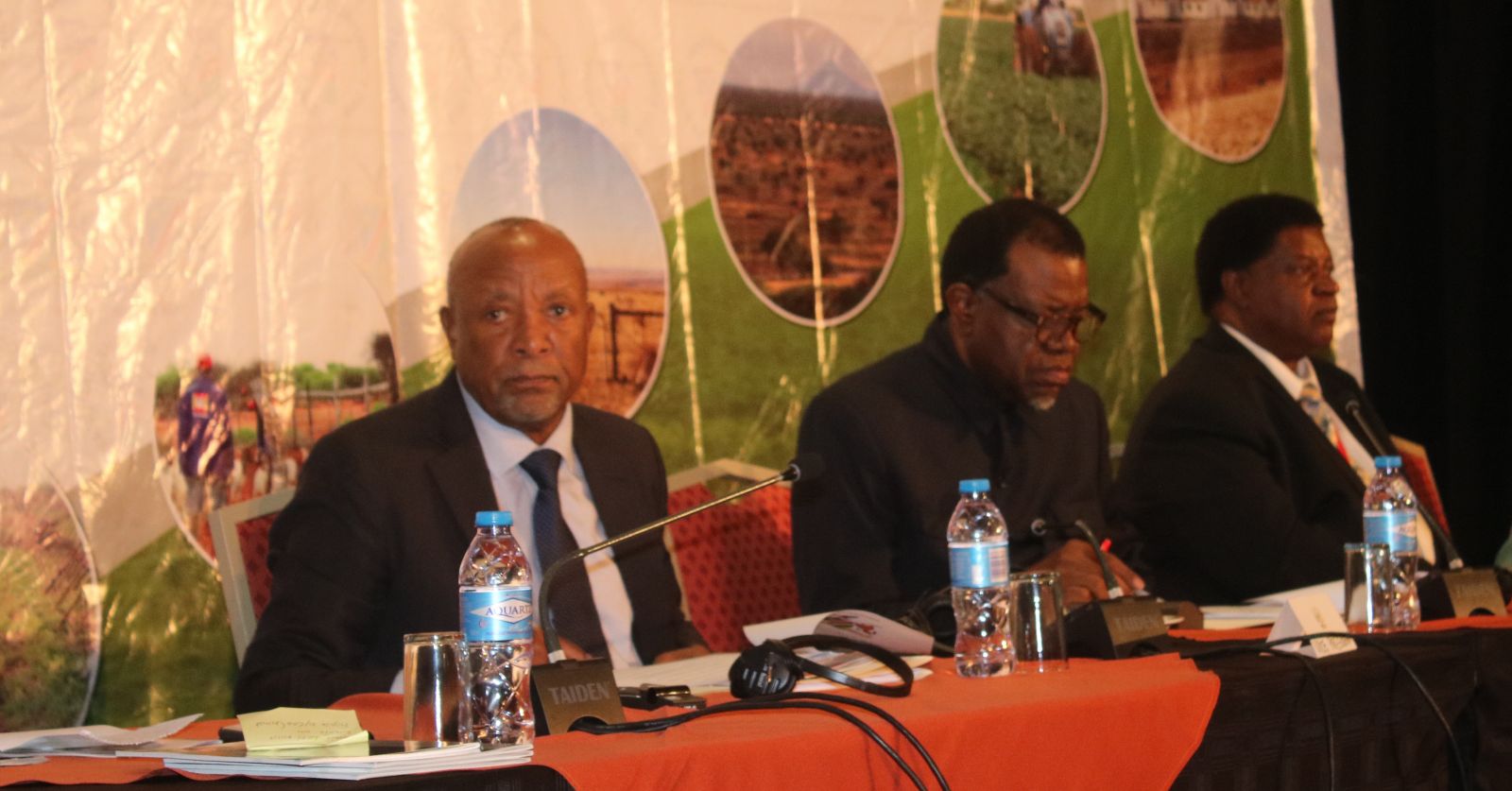 1. Land Acquisition based on the principle of willing-seller, willing-buyer
a) this principle should be abolished and replaced with alternative acquisition methods
b) develop and implement an accelerated land delivery method or approach

2. Expropriation of agricultural land (foreign-owned farms, underutilised land, absentee landlords, farm size, numbers
a)foreign-owned agrarian land should be expropriated with just compensation
b) all underutilised commercial land owned by Namibians are also eligible for expropriation
c) strengthen intra-institutional coordination in the expropriation process
d) develop reliable data on land management and administration
e) standalone legislation on confiscation should be drafted and implemented
f) implement the principle of One Namibian One farm
g) restrict the sale of farmland trough subdivision/ ownership by a close corporation, companies and any other entities
h) the farm size per individual should be regulated, taking into account the variance of agro-ecological zones, carrying capacity and farmland use

3. Resettlement police and criteria
a) all related legal instruments should be reviewed, reformed and harmonised for accelerated and successful land redistribution
b) develop and enforce regulations against dual grazing
c. resettlement policy should provide security of tenure to allow bankability of the allotment/ farming units
d) develop a comprehensive support package for the productivity of resettlement farms
e) overcrowded group resettlement farms should be given security tenure
f) regional structures to embark on public awareness on how to benefit from various land reform programmes
g) ration of land allocation between dispossessed communities, war veterans of the liberations struggle and their dependants should benefit from the 70% share while 30% is for the national pool
h) different resettlement models should be developed to cater for different land needs and aspirations of the citizens
i) time frame from acquisition to actual resettlement should be reduced through policy and legislative reforms
j) differentiate between settlement programme and resettlement programme

5. Affirmative action loan schemes
a) re-evaluate the scheme, and its products to achieve its objective that of empowerment of the formerly disadvantaged people and to increase the contribution of the agricultural sector to the GDP
b) land tax system should be reviewed to attract investments and productivity
c) reintroduce 30% government guarantee for buying commercial land

6. Accessibility to property by women, youth, war veterans, Botswana returnees and person with disabilities
a) review all policies related to land redistribution to ensure the prioritisation of women, youth, war veterans, Botswana returnees and the person with disabilities
b) develop a training and capacity building programme in agriculture meaningfully to the land which they may be allocated
c) agricultural education should form part of the broader curriculum at all educational levels