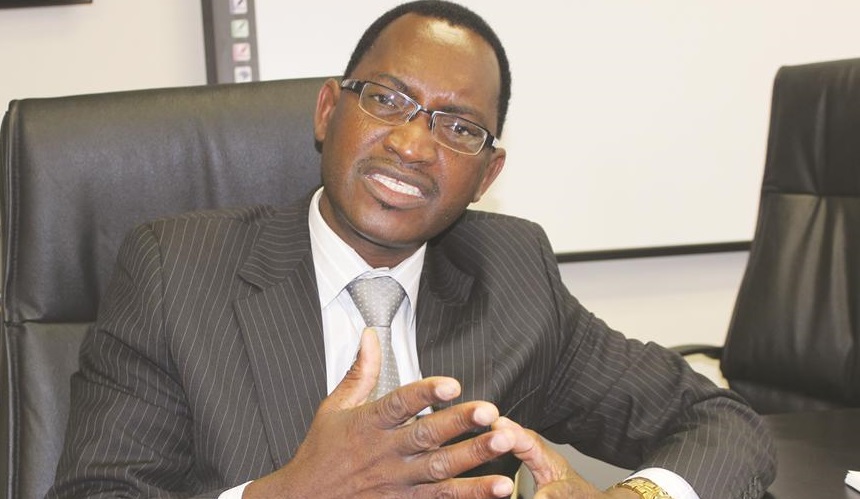 Dissatisfied staff members at the beleaguered Namibia Students Financial Assistance Fund have written to the Anti-Corruption Commission director, Paulus Noa, to investigate malpractices and fraud cases within the institution by senior managers.

In a leaked letter to Noah seen by The Villager dated June the 4th 2018, disgruntled staff members below management who said they had no voice at management, board and ministerial level have said attempts to expose the rot in the institution have been shot down from within.

They have especially pointed at the Operations Department with a dirty finger accusing it of hiding tender costs, paying for students whose contracts have expired and approving loans/grants to individuals who apply after deadlines.

NSFAF acting chief executing officer, Kennedy Kandume, has also been exposed for allegedly committing these transgressions in cahoots with the supervisor of the Award Unit under Operations, Clint Simasiku.

Students who do not have connections with these two including Percy Tjahere (acting CEO’s advisor), Saara Namene (Supervisor) and to a certain degree, David Nathinge (Payment Manager) are suffering, the whistleblowers have said.

“There are also some rumours that some of the people who have their loans approved dubiously have love affairs with some of the senior managers at NSFAF. These include: Eva Hamutwe, Lillie Set, Annalisa Nashipili, Salatiel Amutenya, Joshua Amadhila, Dewaldt Van Resburg, Nikanor Shindondola, Constance Champio, Wilhemina Tuyenikelao Haimbodi, this is to name but a few,” says the letter.

The insiders have also indicated to Noa that staff members at various units within the Operations Department are ready to spill more beans provided their identities are protected from victimisaton.

They have also said that those who are being corrupt are highly connected with the ministry of higher education and some board members and are often called for meetings without the knowledge of their superiors.

Noa has also been advised in the letter to avoid interviewing the fund’s internal auditor, Harris Ntema as he said to be part of the corrupt inner-circle.

“The same apply to the board chair of NSFAF, we have witnessed him kneeling down in a general board staff address to Mr. Simasiku,” they said.

The whistleblowers have also said that the NAMMIC tender to administer student payments was riddled with inconsistences as its true cost was kept hidden, while “the inability for NAMMIC to integrate with the NSFAF system was misrepresented”.

“Two months ago, the senior manager of operations went to the ministry of higher education, training and innovation to see the minister to defend the NAMMIC deal. His buddies at NSFAF have, in confidence, disclosed to some of their allies that Mr. Kenny, as he is referred to in the corridors of NSFAF, managed to put off the NAMMIC fire.”

It is alleged that the minister has since stopped questioning about the deal, which used to be a heavily debate one under the impression that it is now water under the bridge, the whistleblowers also allege.

“There was even a tender called to request banks to propose a new payment solution to NSFAF at no cost, however this proposal has now been (put) on hold as Mr. Kennedy Kandume managed to convince the minister that he was the main person on this tender.This is a pure lie and one wonders why a staff member like Mr. Kennedy Kandume has to go to such an extent to “put off the NAMMIC fire”,” they said.

Manipulation of the award system

Simasiku has been dragged in the mud for alleged manipulation of the award system and is said to be a “great buddy” of the acting CEO, Kandume.

The whistleblowers have also exposed that it is difficult for anyone without access to the system to pick out any wrong doing.

Sometimes students are added in the system after the list has gone through various levels of approval while the head of the department is left in the dark, they claim.

They have thus called on the ACC to conduct a forensic audit.

They have also raised red flags saying that the major culprit in the award unit is about to retire and thus it would be a futile exercise if the investigations are to be done after he is gone, sometime in August of this year.

They have also warned the ACC that the most influential inner-circle within the institution could potentially destroy evidence.

Meanwhile, junior staff are said to be scolded if they come late to work while the top brass is allowed to disappear from office for days.

Some are said to come at the close of business after picking up their children from school while the office of the company secretary, department of operations, senior marketing manager and the senior manager of finance have been pointed at as major culprits.

A number of senior managers are said to be treated with kid-gloves and allowed to use company cars for non-business errands without restraint.

Of these, the senior finance manager, Catherine Koopman is accused of picking up her son from school using a NSFAF vehicle.

Kandume and Elais Sheefeni have also been implicated.

“At NSFAF there are messages circulating in managers’ WhatsApp group and shared with some of our colleagues about political messages. We know that every person of this country has the right to form any or express any opinion.”

“The key question we have is, can managers use company resources, phone and airtime to make such statements? Is this in line with our code of conduct? We are told not to be involved in political matters while in the premises of NSFAF or using company resources,” they said.

The fund is also said to have been linked to a pre-congress ruling party faction, Team Swapo while the whistleblowers attached evidence of this to Noa.

A message snap-shot from a NSFAF WhatsApp group reads: “Are we all aware that NSFAF was linked to Team Swapo? Do you know that NSFAF advertised five communications in one certain newspaper after the recent Swapo election which was associated to Team Swapo?

The owner of the message has identity hidden and goes on to reprimand colleagues against running a public institutions along party loyalty lines.

The Villager reached Helmuth Angula, a Team Swapo big-wig who flatly denied any knowledge of the said link.

“Our constitution does provide for free association and civil servants may not have official positions in political parties but individual Namibians have all the right to associate themselves with any political party. I don’t know now whether people are talking about any senior person in NSFAF who was associated. Of course Team Swapo was composed of different candidates. I don’t know whether anybody had any friendship or association with a member of NSFAF,” he said.

The ACC director could not comment as his phone was unreachable until the time of publication.