Omagongo Cultural Festival coming in May 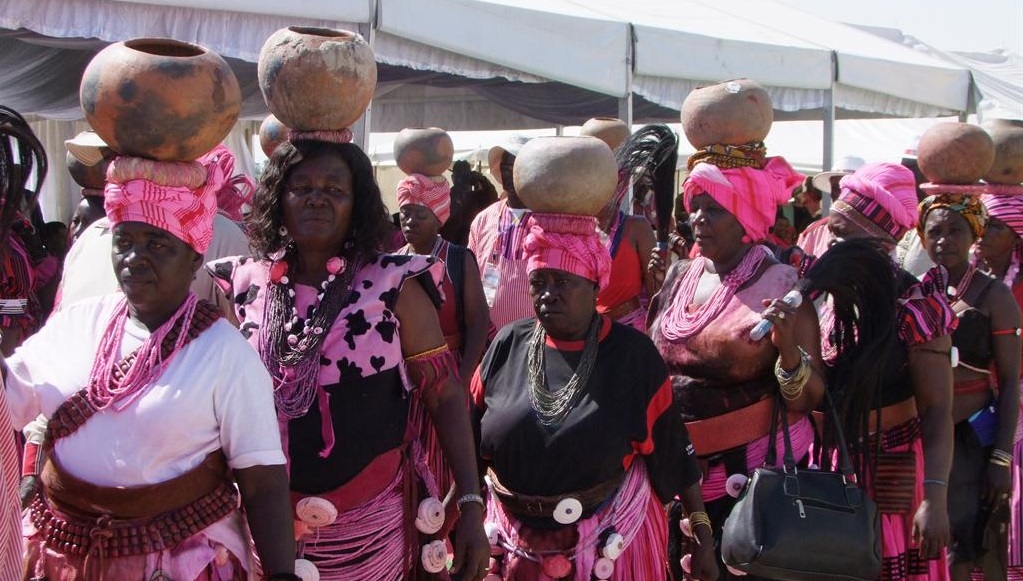 The Omagongo Cultural Festival which seeks to celebrate and unify people from all tribes will this year be held on the 26th of May at the Uukwaluudhi Royal homestead, chairperson of the information and publicity sub-committee, Tulimeyo Kaapanda has said.

The 2018 event will mark the 2nd time the Uukwaluudhi Traditional Authority will be hosting this event.

Officially launching the event on Monday this week, at the Uukwaluudhi Royal Homestead, tatekulu Taapopi said that the Omagongo Cultural Festival 2018, earmarked to celebrate the Omagongo as a natural endowment of northern Namibia is expected to be graced by the presence of eminent guests.

So far commitments for participation were already secured from president Hage Geingob who is the patron of the Omagongo Cultural Festival, founding father, Sam Nujoma, former president Lukas Hifikepunye Pohamba; invited chiefs from other traditional authorities, members of the National Council and National Assembly, members of the diplomatic corps and community members from all over Namibia.

“This is a clear indication of the value attached to this important cultural event and cognizant of the fact that culture, tradition and customs play an important role in the civilization and character of citizens and society.  The Omukwaniilwa was further encouraged by the support commitments from business people and the community in general, and has further urged more companies to come on board favourably,” said  Kaapanda.

Speaking at the launch of the 2018 Omagongo Cultural Festival,  chairperson of the organising committee, Leevi Katoma, said that the launch of the  festival followed engagements with key stakeholders in the preparation of this annual event, such as the Ministry of Education through its Directorate of National Heritage and Culture Programmes, which is the custodian of the festival.

He stressed that due to significant value attached to the Marula fruits from which Omagongo and related products are derived, this cultural event represents a celebration of symbolic natural resources which have and continue to provide the livelihood for the local inhabitants.

From the Marula tree, Aawambo get shade, the fruits (ongongo), the juice (oshiwa), the fermented beer (omagongo), the oil (ozove), kernels as soup, while the wet branches of the tree can be used to treat coughs, making the livelihood of the Aawambo revolve around the Marula tree in many respects.

“It is therefore not a surprise that when the eight tribes of the Aawambo people tried finding the one thing they have in common in order to celebrate, they picked the Marula beer season, and the Marula beer as a festival that rotates amongst them,” she said.

A number of activities are planned as part of the overall event, such as gala dinners and folktale sessions across the country, to raise the necessary revenues for the hosting of the main event.

Meanwhile, the gala dinner for Windhoek is scheduled for the 14 April 2018 in Windhoek.