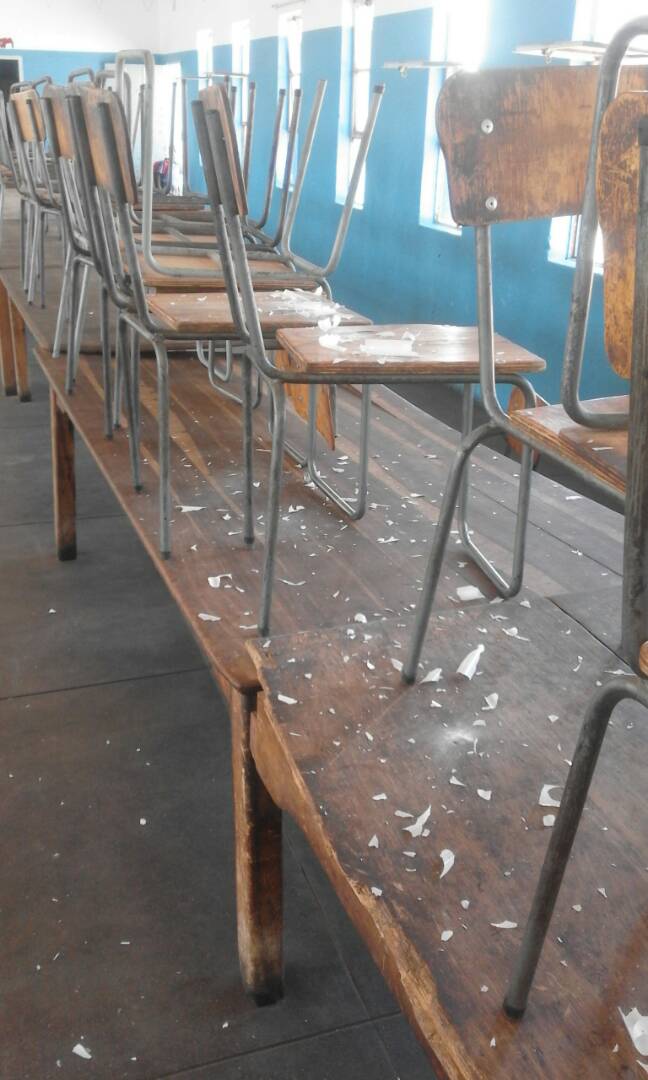 Learners at Kamanjab and Anker are terrified to return to school after another earthquake hit the area this week.

They fear that their classrooms might collapse on them, said Hilma Nikanor whose child is a learner at Edward Garoeb Primary School at Anker in Kunene region.

“I am aware of a number of school children that don’t want to return to school after the earthquake. They say that the school will fall on them and will kill them. The learners are terrified by the earthquake. The last time it was very strong and as you also know these kids are not used to these kind of things and are very scared to attend classes. My son told me in my face that I can beat him up if I want to but he won’t attend school,” she fumed.

She added that once the shaking starts children go as far as getting under the tables due to the sound the earthquake makes and even run around in confusion untill the shaking stops.

Another resident of Anker, Sylvia Nauses said that it is getting worse by day and she does not blame the learners for being scared to attend classes.

“I am not surprised at all that children do not want to go to school it is also because of the state of the school and also the noise it makes when the earthquake starts. It is because of God’s grace that no child has not yet been injured. I really don’t know how we can go about the situation we are facing. We just have to wait I guess because there is nothing we can really do for now. We need to at least pray that it does not happen again and to convince learners to go back to school,” she said.

Another parent of a 15-year-old learner enrolled at Kamanjab Combined School also shared the same sentiments.

“As I am speaking to you now there is a number of children here in our location that refuses to go to school ever since the last earthquake. I asked some of them why and they say they do not want to die at school. Seriously, that is what they are responding. The school building is not in a good condition and it frightens them. I wish there was an alternative structure where children would be given lessons. That may have helped but now it will take time to convince them to go back to school,” she said.