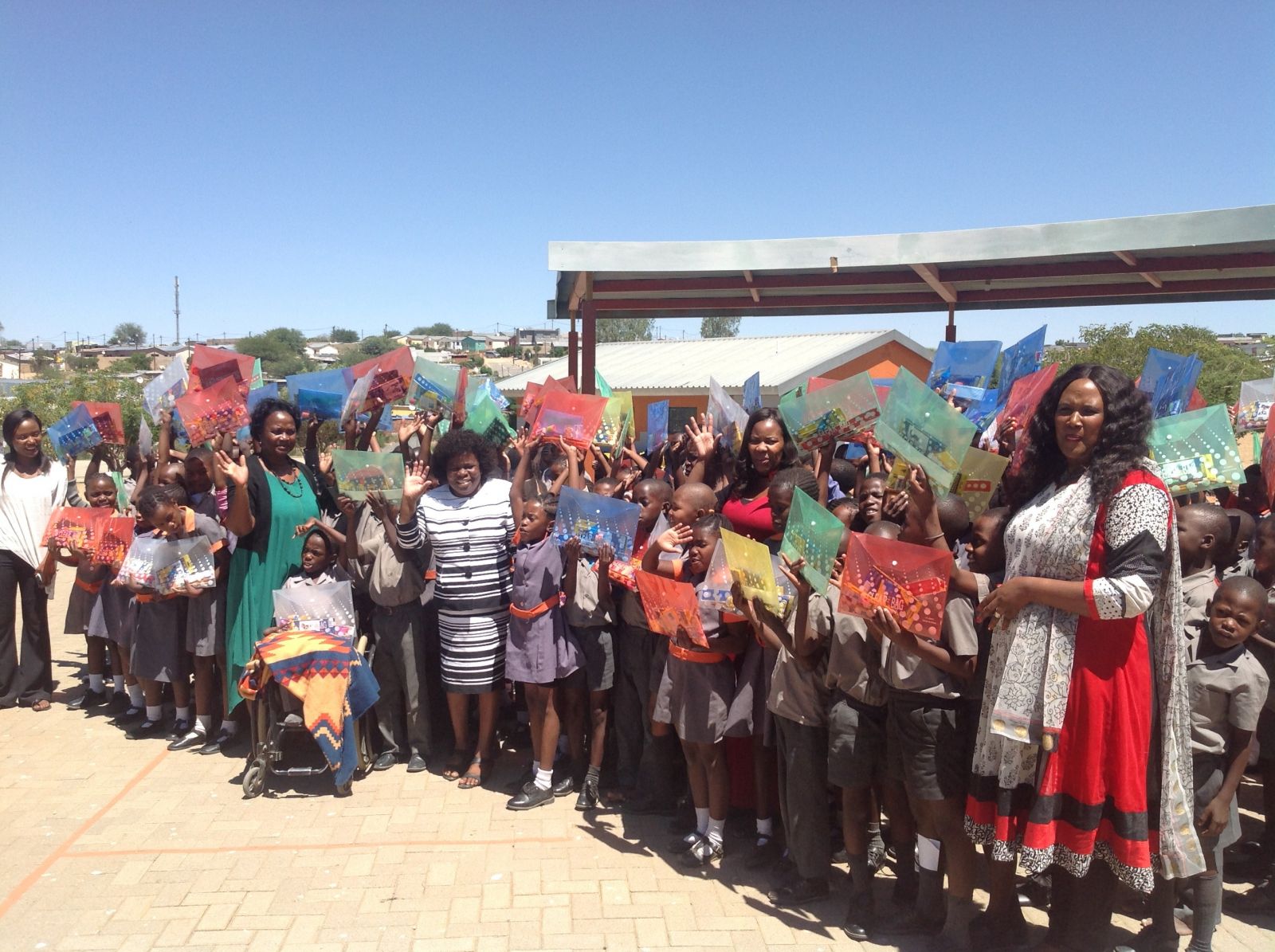 Speaking at the handover ceremony, Executive Director, Beauty Mathupi said, “When we established the factory producing school uniforms, we appealed to schools and parents to assist us to incubate the manufacture of school uniforms in Namibia and in creating jobs in the country by buying locally produced garments.”

She added that, the company has made a commitment to the schools some time back to plough back into the community while noting that this is indeed a clear indication that they have kept their promise.

“These learners are the future leaders of our country. They have to know that they count for something,” Mathupi said.

According to Mathupi, most often, parents feel pressured and stressed spending on children’s school wear, especially in January, following the December holiday season, and thus suffer financially and emotionally.

“Apart from meeting their client’s needs, Schooltex and Sport wear have developed a savings scheme, Schoolsave, which is a back-to school savings scheme, and a simple and easy way to save for school uniforms, “she explained.

Schooltex & Sportwear, the retail outlet for M & M Innovations, selling locally made school, sport, safety, corporate and safari wear at affordable prices to the public, was opened on 17 November 2017 and inaugurated.

The Company’s further aim is for every parent to afford to dress their child in quality school wear. To this end, the Company keeps the profit-margin on school uniforms as low as possible.