Listening to Elemotho speak on Beggars and Superstars 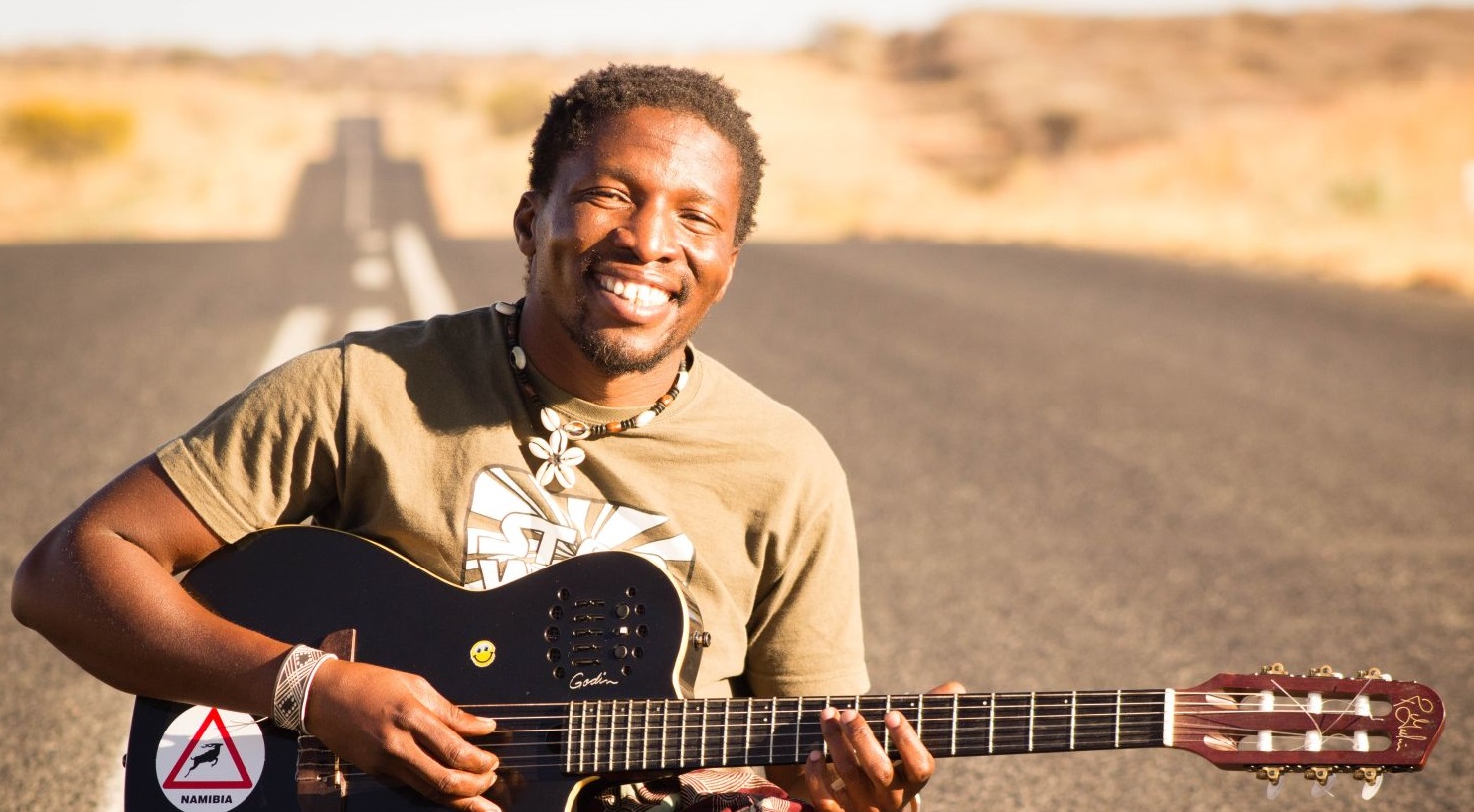 Multiple award winning artist, Elemotho Mosimane has a loaded table in front of him this year as far as international tours are concerned, but at present, he takes his time to digest how his previous masterpiece album, Beautiful World is doing.

Never short of that aura of sagacity about him, the organic artist chooses his words carefully as he reminisces and help dissect the innards of his enthralling offering, Beggars and Superstars.

The beautiful contrast in the choice of title, which almost turned out to be the cover-name for his album is loaded with the politics of semantics as it is with the rich evocative philosophy of the artist.

It rightly splashes on the portrait of acoustics, the shocking existential social realities of the Namibian house, as much as it closes around the disparities suffered world-wide due to the depredations of a capitalist driven neo-slave taskforce.

Numerous calls to his manager, Sylvia, who happens to be his wife and mother of his two sons, had landed us in the ears of the artist himself but on this particular Friday, the man is at the cinema.

That affords us time to salvage more from the album in preparation for a potentially successful call and interview over the line.

It is on a Monday morning, in the appalling heat of near-noon that finally we catch up with the superstar who immediately settles down for a chat, after 15 minutes of waiting after the very first call.

“I think I have worked hard last year,” he begins in reminiscent of 2017, the year his latest album was birthed to a not so beautiful but beautiful world.

It turned out to be a clash of artists from different backyards, with Nambowa Malua having made a follow up to its release with an art-exhibition of pieces carrying the Album’s tracks.

“Beggars and Superstars is one of the songs from Beautiful World that was written partly when I was in the African tour in 2013. Part of it came from there. No matter who you are, a beggar or superstar we are all the same,” his croaky voice explodes in my ear as we begin our conversation.

By this time, I have already made myself comfortable by the cosmopolitan front-yard of Slow-Town overlooking crispy clean Independence Avenue as a waiter spotting some tight fitting jeans wearing an almost  permanent smile beckons to me.

With such unforgiving a heat, a glass of juice would do.

Indeed, his industry is one that allows the curious eye to have a direct interface with the vagaries life throws at us, the time bombs whose echoes explodes and drops behind our backs.

In the blurring horns of the morning traffic, I make out the wind picking up a random solo paper before negligently dropping it to the ground.

A mix of stars and superstars clad in bourgeoisie suits entering executive cars within the mix of those from the other side of town, ‘Where the real people are,’ whatever that means, files in and out of Wecke & Voigts.

But the beggar, omnipresent yet absent in the eyes of a materialistic society filing past with the slickness of fast cars and high-speed internet, painstakingly reduce the cries of want to a whisper, almost a whimper.

In that social mix, frantically penning down notes and sipping on a juice I bought with no clear intention to be full, Elemotho continues to speak.

“We all come from the womb and we are all bound for the tomb. So it doesn’t matter who you are. We are all here today and we are gone tomorrow,” he says, as his voice   hits my ear-drums which seem to rattle with the motion of a pendulum.

“Namibia is a small society. Do we see superstars? We’ve been seeing superstars. I think there are more coming. But the relationship between beggars and superstars, I have always been stating in my early days, that if there was one country that could do well in terms of the disparities between those that are materially advantaged and those that are not is Namibia because of the number of people,” he gets political and upfront.

I remind him of the new legislation that will require a fine for loitering and begging and he sounds offended.

He grabs on the charm of composure.

Elemotho has music to take care of more than the battle of ideas in the tricky jukebox of politics.

“We’ve got a couple of things in the pipeline but I am pretty relaxed. I am basically curious of what Beautiful World has done so far. We’ve got something in Spain in May and there is gonna be something at home,” he says.

We will be in some parts of Europe and Spain and in South Africa so far there is something in August already, he tells me, as I drag the last sip on my juice.

“There are two parts of me, you know, the music and planning to get the music across. We just did an album and I don’t do albums every year,” he says.

It’s almost noon and my phone is getting sticky from being held against my ear.

Another beggar passes by, the contrast in dress and accent throws me off-guard, could I be another superstar oblivious to the urgency of extending a hand to those bogged in the mud of deprivation?

As Elemotho bids me farewell over the line and the sun rises an inch higher above my head, the driver arrives and we disappear in the speed of the fast lane.