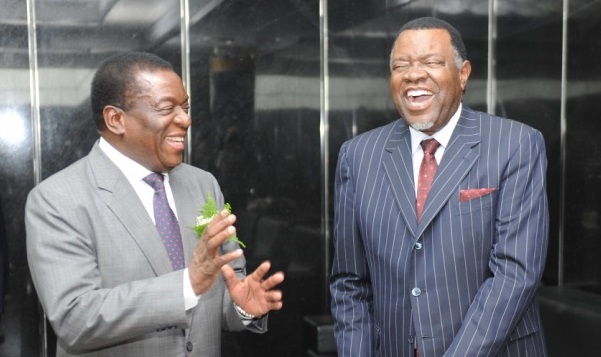 Zimbabwean president, Emmerson Mnangagwa has said that his country has plans to trade in agriculture with Namibia.

Mnangagwa who arrived in Namibia yesterday said this during his state house engagement with President Hage Geingob.

Zimbabwe is ready to trade in all agricultural segments with Namibia, Mnangawa told the media in a short briefing after a closed door meeting with President Hage Geingob.

“For now we are only concentrating on trading in the agriculture sector that is what I was discussing with the president. We have a list of areas in which Namibia and Zimbabwe can trade but it is still too early to say. We are looking forward to an open trade relationship with your country in the near future. We feel that it is necessary to have trade relations with Namibia in the agricultural sector for now,” he said.

Mnangagwa also told the press that the Zimbabwean government is looking into creating its own currency.