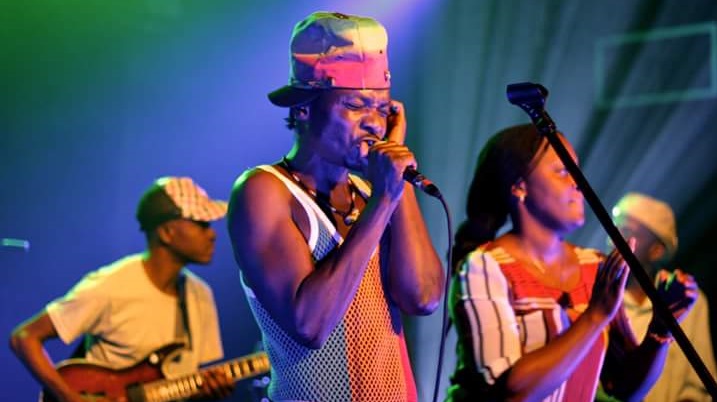 The Kalahari International Festival of Arts (KIFA) has launched a second edition of annual Kifa'17 festival under the theme ‘Peace Strings Attached’.

The two-day festival, which commences on the first of December, will be held at the College of the Arts Theatre School in Robert Mugabe Avenue.

“It aims to focus on creativity and collaborations among cultural activists, creative entrepreneurs and community leaders, who are aiming to contribute towards a stable and progressive creative culture,” says the festival organiser Nyasha.

He says it will see various local artists and entertainment influencers coming together to try and improve the “creative sustainable impact intelligence” and create platforms for multi-disciplinary civic engagement.

The line-up for the festival includes local performances from seasoned artists like Miss H, Ras Sheehama, Veronique Mensah, Black Gypsy and Slick the Dick, alongside up-and-coming artists such as Ori, who recently shared the stage with Lize Ehlers at the Windhoek Jazz Festival.

A children's play, titled Tselani and The Giant, produced by VM Bornstars, will also feature during the festival.

Various arts documentaries will be shown, as well as an arts perspective display by Free Your Mind.

A live deejay mash-up will commence right after, which will be hosted by DJ Kuli.

The Jungle Gym Reloaded will be hosted by Shiva featuring Mwaxhevu.

“The festival will also include various discussions, including the fourth industrial revolution, led by the National Arts Council of Namibia Chairperson, Patrick Sam, who will share a clear illustration on the position of creativity in Namibia,” Nyasha says.

This will be followed by an online arts discussion, powered by online radio station, Buzz-Fi Radio.

Martina Piper will present a comprehensive summary on the functions of critical thinking in the cultural industries.

Kifa'17 seeks to promote creativity as a resource for stable sustenance, at a global level.

This edition will be focusing on industry networks, collaborative practices and investments, by creating and promoting peaceful and collaborative cultures in arts circles.

Kifa'17 contributes to the National Development Plans (NDP) by creating prospective career opportunities in the creative and cultural industry and other sectors, the organisers have said.

Entrance is free for senior citizens and children under the age of nine years while general tickets will sell for N$50 and will be available at N$30 for students with a valid student card.