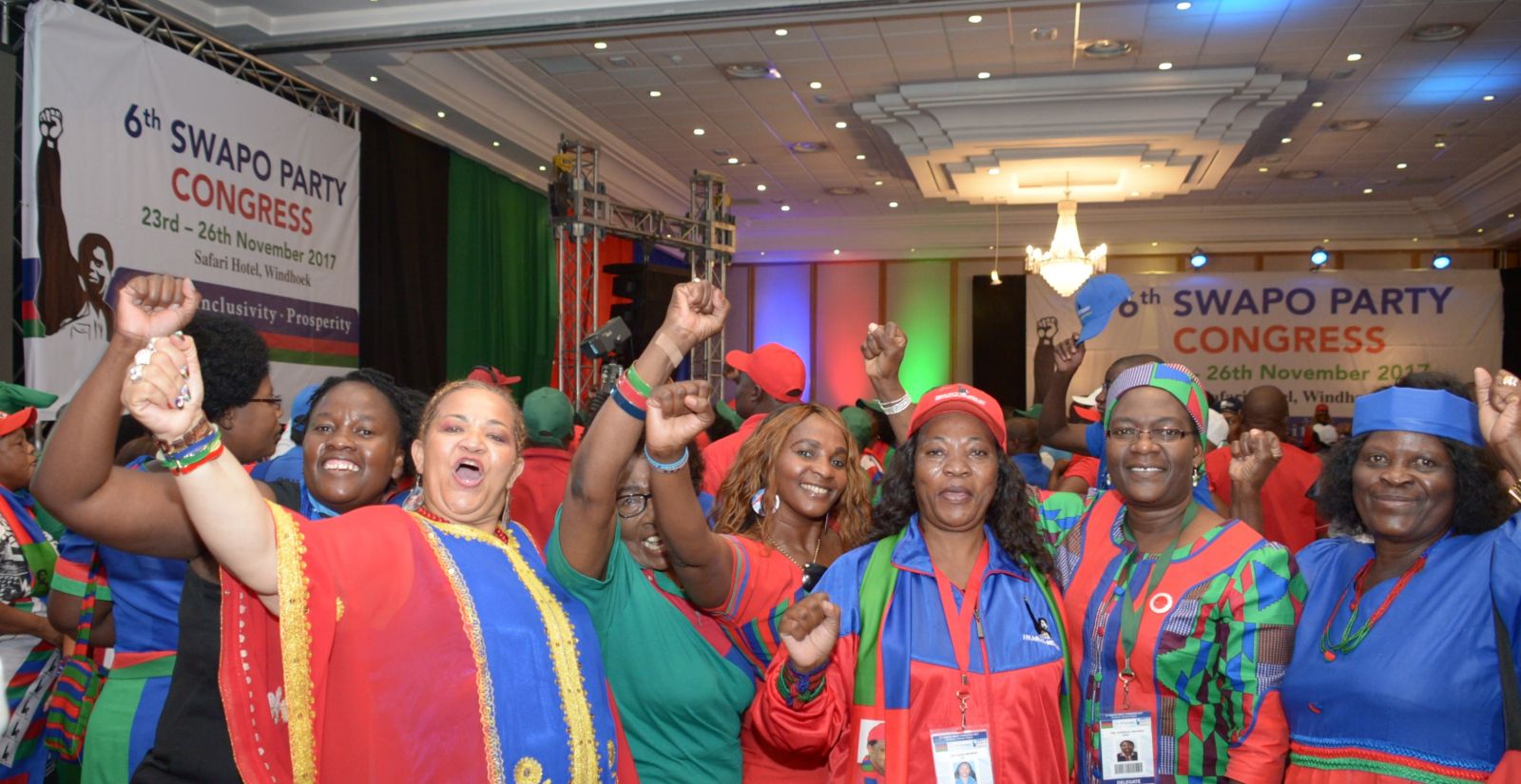 The Swapo 6th elective congress opened on a high note with an atmosphere of celebration and canal expectancy in the early hours of the day yesterday in the capital.

Delegates from all over the regions converged into the city, with most arriving before the actual day and they have expressed enthusiasm and high expectations as Swapo braces to elect its next leader.

Excitement and adrenaline were high as rival opponents brushed shoulder to shoulder with no visible hallmarks of rivalry that had marked the heated campaign trail.

The conference had the presence of representatives of the international community who paid a courtesy visit to observe proceedings as the party follows its democratic elective process.

Acting party president, Hage Geingob’s colourful speech fell on welcoming ears as he paid homage to the national founding father and his predecessor.

The president paid homage to war veterans and Namibia’s heroes that sacrificed their lives for the liberation of Namibian peoples off the yoke of oppression.

He spoke of unity and the need to entrench and foster democracy within the party.

He did not shy away from touching in depth, the economic troubles rocking the nation but assured the crowds that there was light at the end of the tunnel and that Namibia ought to stand tall in the face of adverse economic conditions.

Swapo’s two factions have reached the final line, and it is here that they square off one last time to see who images the winner.

The vote is secret, and delegates’ minds are focused on delivering the mandates shouldered upon them by their respective regional executive leaders and the masses.

Analysts have expressed mixed messages on the possibilities and probabilities of either party winning against the other.

Team Swapo’s political strategies are yet to be tested, as the camp has been led by two contesting horses, Nahas Angula and Jerry Ekandjo.

Team Hage is stable and seems to have a clear game plan with single contestants for each position.

It is highly anticipated that Team Swapo, having successfully divided the vote, will have to throw in one final horse to try and execute their score.

The plan is yet to be tested, and if successful, two centres of power will emerge much to the disadvantaged of Geingob who has enjoyed riding on public endorsements.

While the president has been on the lead in opinion polls held by The Villager, and many people declaring their support for him, it is feared that these public endorsements could have been made out of hypocrisy.

Such fears make the congress as highly unpredictable as it is equally exciting.

Jerry Ekandjo will be trying his luck for the second time against Geingob who left him in sixes and sevens in the last polls.

Will he make it this time? That depends on his team’s plan as well as the decision of delegates.

The campaign has brought to the fore of Swapo politics, glaring divisions that have sent analysts and columnists expending ink and energy to make sense of the situation.

But Speaking to The Villager, Helmut Angula said the political game of thrones would pass through congress and that every member understands the importance of unity more than anything in the face of inter-political party contestation.

The media presence is overwhelming, and the world is watching.

Let the games begin and may the winner take it all!