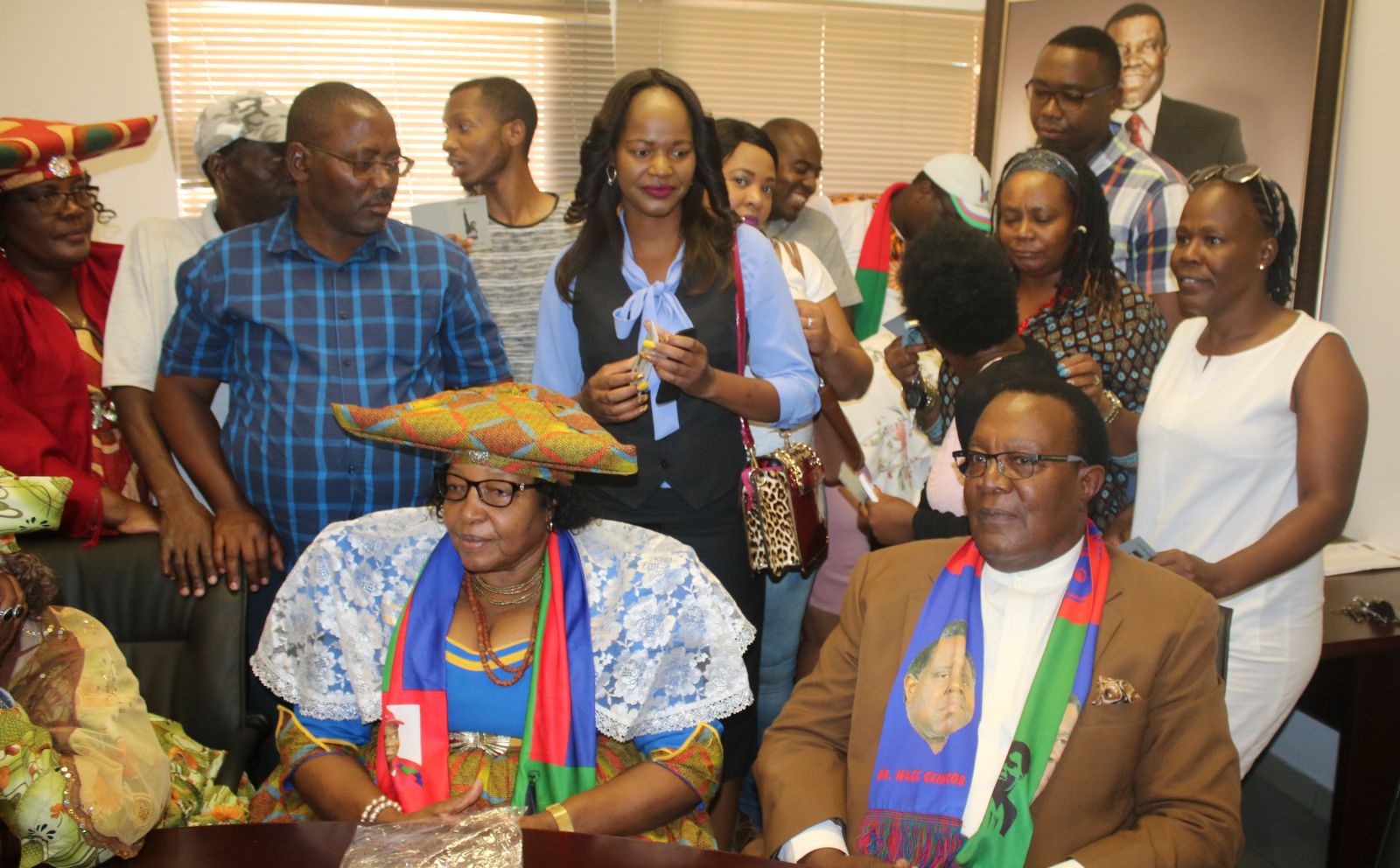 At the membership card handover yesterday, he was accompanied by his wife and relatives and was officially welcomed by the SWAPO part Secretary General Nangolo Mbumba.

“Somebody has whispered in my ear in Grootfontien that he and his relatives are ready to join the ruling party.

'We then organised a meeting at the Grootfontien hall but the hall was too small, and we had to take the meeting to the town’s stadium where we had discussed some issues.

"Welcome to the SWAPO party you are now officially a SWAPO member,” Mbumba said.

He added that Kaura and his wife are well known to the political world it there is no need for them to be introduced as they have come a long way in politics.

When Kaura addressed witnesses, he said that he is finally at a party where he needs to be and will honour and respect any person’s opinion regarding his decision to join the ruling party.

“I am honoured to have been welcomed officially. I could not wait to be here, so I am here now. The decision I have made was my choice, and nobody forced me to join the ruling party, and I say so with pride.

"I don’t have any response to whatsoever any person will say and all I will say is that let anybody say what they want to because it is their opinion,” Kaura said.

He added that he has joined the party in good faith and will continue doing good for the country as he has and that he does not have hidden agendas.

Close to 70 people attended the occasion to witness the official welcome of Kaura and his relatives.