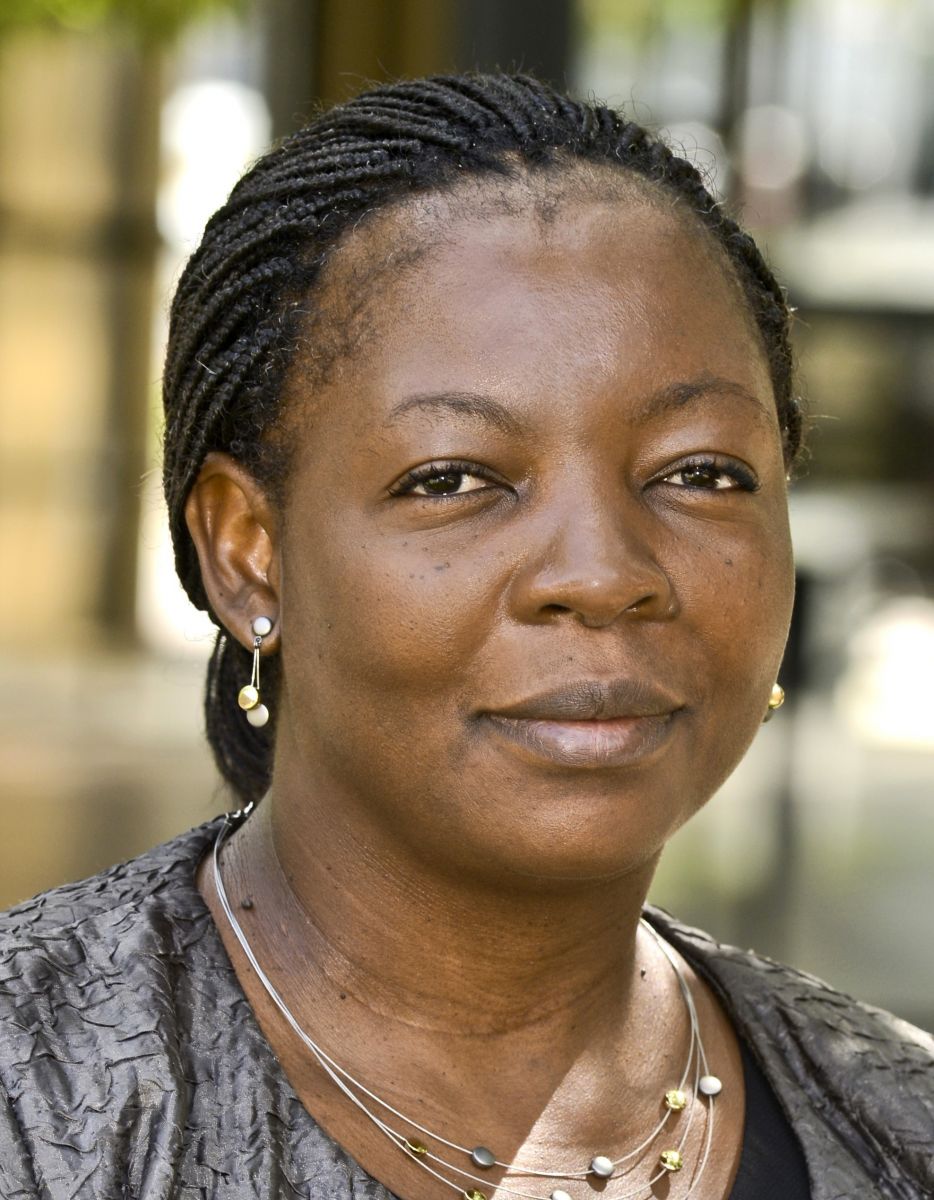 Last week, The Villager revealed that ministers Leon Jooste (Public Enterprises), Itah Kandjii-Murangi (Higher Education) and Attorney General Sacky Shanghala agreed that Nghiwete and the board led by Patty Karuaihe-Martin should pack and go. Shanghala told Jooste in an email seen by The Villager that Prime Minister Saara Kuungogelwa-Amadhila had told him that the board can be fired with immediate effect and that Nghiwete would then be dealt with by the new board.

Although Shanghala said in one of his emails that he had met Nghiwete on several occasions to discuss her exit package, she denied it. It has now emerged that some NSFAF managers raised several issues against Nghiwete, which they submitted to the board. Nghiwete was not copied in the letter because, according to the managers, “she always plays victim and dirty quite often”.

The eight-page documents seen by The Villager accused Nghiwete of various transgressions and requested the board to act so that NSFAF can fulfil its mandate. Dated 20 June 2016, the document was copied to Kandjii-Murangi, Jooste, NSFAF chief human resources person Olavi Hamwele, and NSFAF company secretary Wise Immanuel.

The managers raised 14 points against Nghiwete and suggested that the board should: Appoint an independent company to conduct a climate audit with the whole NSFAF team. This company, if appointed should report to the board and independently carry out the task and report without internal involvement or influence.

• conduct a forensic audit and investigation to equally establish and authenticate the concerns relating to the unprocedural procurement issue.

• appoint an independent company to conduct a system audit for the Loan and Grant Administration Management Information System. The managers accused Nghiwete of creating an unbearable working relationship where they are afraid of sharing their opinions openly or to differ with her. “We are working in an unbearable working environment (concentration camps) where dictatorship and autocratic leadership is the order of the day. “We are indeed saddened to report that at NSFAF, we as managers are not happy to be associated with the brand that has become badly tarnished in the media due to various issues that we have experienced or witnessed and questioned ourselves at the realm of the CEO’s autocratic decision-making,” the managers said. They further claimed that they fear victimisation especially considering that Nghiwete takes issues personal and either sidelines or frustrates them through unrealistic and unplanned work allocation.

According to the document, the managers said Nghiwete victimises them and created some triangulation where they have been manipulation, no direct communication with each other but uses the third party to relay messages. “It is a fact,” the managers said, “that we are subject to a personal vendetta, discrimination, continuous harassment, victimisation, humiliation, belittlement, brainwashing as well as undermining.

“At times, we are lied to, misled and connived and instigated against each other to serve the personal interest of the CEO in joining her campaign or strategy to frustrate a colleague out of work,” they claimed. The managers allege that this approach by the CEO had caused divisions in the management team as well as the entire NSFAF family. “Although the CEO does all this,” the managers further claimed, “she likes to play the victim while she is the author of the misfortunes. “Almost each one of us has had a personal encounter and experience with regard to the above with the CEO, which left the team with emotional scars, emotionally drained and with health issues.”

The NSFAF has legacy issues that stem from the days when it was under the education ministry’s department of finance and administration. At the time, Nghiwete served as the head of finance and assumed the position of CEO in 2013 when the NSFAF became independent.

There was no clarity regarding the two amounts - N$373 million and N$342 million - shown in the financial statements, according to the report. Also, there was no explanation regarding assets amounting to N$288 million and liabilities amounting to N$353 million. The managers questioned Nghiwete over this issue of legacy, saying that they thought she would deal with the matter since she was the finance manager.

“We believed in her ability to lead the organisation,” they said. They further stated that they fail to understand how the legacy issues are still haunting NSFAF to date while there are little successful efforts from the CEO’s side to prioritise and address the same challenges over time. “As a result,” they wrote, “we are left with no grain of trust and confidence in the stewardship and leadership to steer NSFAF in the right direction to deliver on the mandate,” they said.

Another issue the managers requested the board to look into was that of how consultancy was being done at the NSFAF. They claimed that consultants were being appointed in such a way that the management is left confused. “We do not know if proper procedures are followed. Nonetheless, whatever the consultants say is what we should do or follow and so the direction of NSFAF changes. “Since it is a vicious circle of consultants after consultants, we get to find ourselves in a whirlwind of too many opinions,” they claimed, adding that whatever input they have is validated against that of the consultants.

Nghiwete, the claims continued, has a habit of bad-mouthing managers with low-level staff and outsiders. This, they said further, has amounted to personal and professional assassination through the spreading of malicious and damaging statements and stories of either being incompetent or unable to perform. The managers said the gossip usually started when one offers a different opinion to the CEO’s or if one questioned something that is contravening NSFAF set practices and procedures.

“There is a notable tendency of gossiping with junior staff members, in an effort to discredit our work which has destroyed us as a team, a destruction coupled with mistrust, gossips and disrespect and it affects productivity,” they alleged.

As a result of the culture Nghiwete created, the managers claimed that they cannot make decisions. That culture, they charged, does not empower them, make them creative, is demotivating and breeds frustration, resentment and mistrust among the team. Managers on probation are always reminded that they are on probation especially when there is a work-related fundamental disagreement with Nghiwete, they claimed.

Directionless “She lacks direction of where she wants to steer NSFAF to, no sense of emotional intelligence and the organisation is going in circles since 2013 because 80% of day to day activities requested to be executed are not in line with the approved annual plan but rather ad hoc responsibilities,” the managers charged. This, they said, has deprived them of the chance to plough back into the organisation “given our diverse skills and expertise since the focus is diverted to non-essential issues”.

Nghiwete is also accused of evading making critical decisions, according to the document. When burning issues get discussed that relate to her leadership and the culture she has created, the managers accused, Nghiwete would excuse herself so that nothing gets traced back to her.

Instead, the managers said, she would rather send text messages or handwritten notes which in most cases are difficult to understand and by then, Nghiwete would not be available for clarification.

Another issue that worries the management is what they said is a conflict of interest on Nghiwete’s part. “There are situations that we are aware of in which the CEO’s involvement could be conflicted, but she does not entirely recuse herself. “This worries management because the tone she is setting is not exemplary,” they wrote.

The managers cited some appointments of junior staff which Nghiwete allegedly initiated and then instructed a unit to recruit a particular individual without due process. Furthermore, the managers said Nghiwete would give verbal instructions of what should be noted in the submissions to the board and then detaches herself when the issue is questioned. They also said she does not brief management properly, and that management is not given platforms to discuss matters at length.

Also, they said, Nghiwete does not allow the person instructed to compile submissions to the board to either understand or register a different perspective to the content or substance of the presentation. Although NSFAF has processes that should be followed when initiating special projects, the management claimed that they are never consulted.

They said that there is no formal procedure for identifying NSFAF special initiative projects and identification and invitation of the institutions of higher learning are left to the sole discretion and preference of the CEO. “It is not clear as to what informs the CEO to decide to embark on projects such as the unemployed youths, and at most the processes the CEO follows to identify and call the preferred universities,” the managers said.