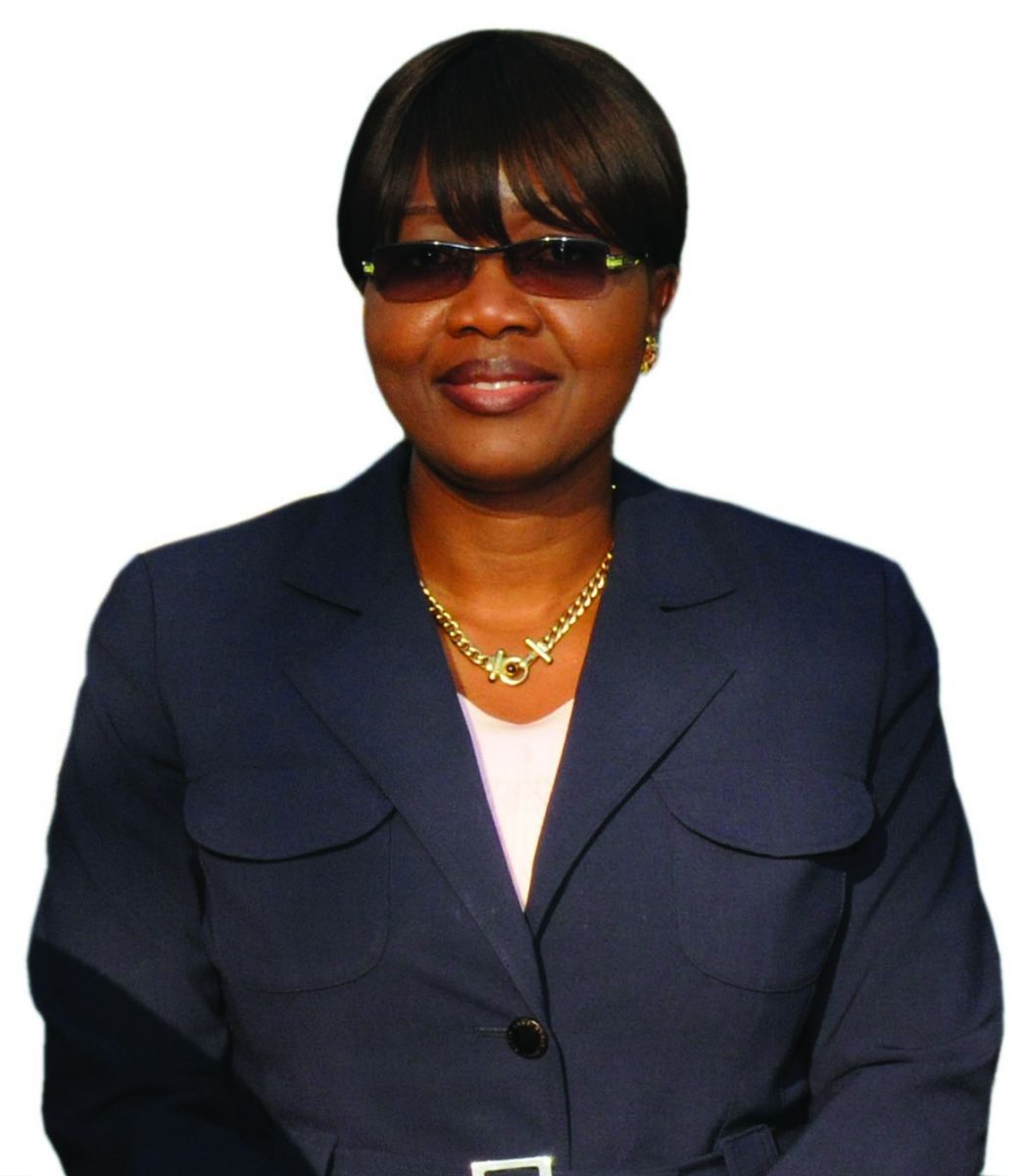 The soon to be dead Tender Board of Namibia rejected a presentation made by Om’kumoh Consulting Engineers regarding hedging plans against foreign currency ﬂuctuations on the bulk fuel storage facility underway at Walvis Bay.

Finance ministry permanent secretary Ericah Shafudah was the chairperson of the tender board that will be dissolved to pave way for the Procurement Board of Namibia whose members were announced last week by the ﬁnance minister Calle Schlettwein. Om’kumoh are the engineers appointed by the government to work on the N$5,4 billion bulk fuel storage being built by CRB, a joint venture of China Harbour Engineering Construction, Roads Contractor Company and Babyface Civils.

The presentation was prepared by AIJ Consultancy, the company working together with Om’kumoh after the government realised that the project would be costly. When the project was conceived in 2012, the cost was N$740 million before it moved up to N$900 million and then to N$1, 8 billion. So far, the role of the National Planning Commission permanent secretary Leevi Hungamo, who chaired the technical in the selection of the winning bid of CRB, is under spotlight. The attorney general Sacky Shanghala has written to the Secretary to Cabinet George Simataa asking him to charge Hungamo for disregarding orders from the ministerial committee on strategic projects.

The national planning minister Tom Alweendo, who is also the chairperson of the ministerial committee on strategic projects, has asked Hungamo to explain his role in awarding the tender that has exposed the government to the foreign currency ﬂuctuations that caused the cost of the facility to escalate. It now emerges that even the tender board dismissed the recommendations contained in a report compiled by Om’kumoh, AIJ and Egis Ports. The Om’kumoh presentation is titled the Fidic EPC National Oil (Petroleum) Storage, Oil tanker Jetty, On-shore Site and Pipelines Facilities, Walvis Bay, Namibia.

Fidic is derived from the Fédération Internationale Des Ingénieurs-Conseils or the International Federation of Consulting Engineers, which is an international standards organisation for the consulting engineering and construction, while EPC is for engineering, procurement and construction. According to the Om’kumoh document, the tender board was advised that because of the volatility of the exchange rate between the US dollar and the Namibia dollar, “it would be unreasonable for the TBN (Tender Board of Namibia) to expect the tender amount to remain ﬁxed”. “We recommend that the tenderer obtain forward cover and ﬁrm up the tender amount since 70% of the material will be sourced internationally in US dollars,” the report said.

Forward cover is the exchange rate negotiated today between a bank and a client upon entering into a forward contract agreeing to buy or sell some amount of foreign currency in the future. Since the rate of exchange has been as high as N$12 and as low as N$6,42 in the past six years, Om’kumoh stated in the report, there was need to seek the expertise of a stock broker, ﬁ nancial analyst and a fund manager about the cost of forward cover. Om’kumoh suggested that such forward cover rate should be ﬁxed at US$1 to N$10, 63 since this is what the rate was at the time CRB presented their quotation in US dollars.

Om’kumoh said the tender board should seek clariﬁcation from the CRB on the following:

• Cost implication of forward cover on their tender amount

• Conﬁrm the daily rate for delay penalties and liquidated damages is 0,1%

• Conﬁrm the cost impact on the tender amount.

In addition, Om’kumoh concluded that the impact of the suggested clariﬁcations was that:

• The addition Jet A1 line will increase the tender amount

• The total impact of CRB’s clariﬁcations could amount to about N$650 million. In her letter dated 20 August 2014 to the technical committee, Shafudah ordered them to ignore the report saying that the suggestions made were “unsolicited”. The Villager has a copy of the letter. Shafudah did not respond to questions sent to her on Monday despite several reminders. Speaking to The Villager telephonically regarding Shafudah’s order to the technical committee, Hungamo said: “Never seen such communication that you are saying. Now since you do have the letter I guess I cannot speak for the letter that I did not write.” When asked if he has responded to Alweendo’s response regarding clarifying his part on the tender, he said: “I am sure you have no business in that one.”

Getting the loans Initially, the funding for the bulk fuel storage facility was supposed to come from the: • Development of Namibia N$ 500 million

The Development of Namibia management approved the N$500 million loan to the National Energy Fund in principle and submitted this recommendation to the board on 22 October 2014. The loan to the National Energy Fund was approved on condition that some documents should be submitted among these was the attorney general’s legal opinion on whether the fund can borrow money.

This position did not last long because on 7 November 2014, the Development Bank of Namibia board had a special meeting that was held in the absence of three members among them the former chairperson Elize Angula. Sources told The Villager that Angula was side-lined because she has a legal background and that she would have blocked the loan approval to the National Energy Fund.

The board meeting, sources said, was held after the former ﬁnance minister Saara Kuugongelwa-Amadhila summoned the Development Bank of Namibia chief executive ofﬁcer Martin Inkumbi to her ofﬁce where she instructed him to approve the loan to the National Energy Fund and to call for a special board meeting in the absence of Angula. Kuugongelwa-Amadhila, according to the sources, also summoned the chairperson of the investment and credit committee Asnake Getachew to her ofﬁce and instructed to approve the loan. Four board members – Inkumbi, Getachew, Albie Basson and Muetulamba Shingenge-Haipinge - attended the meeting that approved the loan.

This was done then on an understanding that there were different legal views in relations to the Fund’s borrowing capacity. However, DBN’s ﬁ nal decision was done in line with the expressed legal opinion from the attorney General, which indicated that the Fund can indeed borrow,” he said. He, however, denied that the Development Bank of Namibia ordered to give the loan, saying that they regarded the project as of national importance.

“The loan to the national energy fund was approved by board after considering the economic beneﬁt of the project, the ability of National Energy Fund to repay the loan to DBN, and having considered the measures the Bank has put in place to safeguard its interest,” he said. He also said all DBN board decisions can only be taken within the conﬁnes of a properly constituted board meeting where there is a quorum, and there was no exception on the NEF transaction.

According to Inkumbi, the Development Bank of Namibia “put in a minimal mark-up on the loan on-lend to NEF that accounted for DBN’s administrative expenses, the risk taken and ﬁnancial sustainability of the Bank”. “AfDB has provided a loan to DBN with the understanding that DBN will use the funds to on-lend to economic projects in Namibia of which NEF is one of those.

“This is the normal lending practice and perfectly in line with DBN’s mandate of mobilizing ﬁnancial resources nationally and or internationally and on-lending these to economic projects in Namibia,” he further said. Prime Minister Saara Kuugongelwa-Amadhila said the Ministerial Committee did indeed emphasize that the Contract should comply with all the Laws including the Tender Board Act and the State Finance Act. She also said as the Finance Minister, she interacted with DBN only through the Board and that as line Minister for DBN, she communicated to the Board the resolution of Cabinet that funding for the project should be sourced from the DBN as was required of her.

“I have not asked DBN to deviate from its decision making procedures,” she said, adding that the Ministerial Committee has always been clear that all the applicable Laws are to be complied with in dealing with this project. “Contract award and Contract ﬁnancing are regulated under the Tender Board Act and the State Finance Act. Public ofﬁcials are bound under such laws to comply with the provisions of the Laws and are accountable for that,” she said.

According to her, the loan funding for this project became necessary when the Ministerial Committee and Cabinet was informed that the Energy Fund which was to fund the Contract as per Cabinet decision did not have adequate funds to honour the commitments under the awarded contract . “This led to Cabinet deciding that a loan be raised through DBN to fund the Contract,” she further said.

“I, further, with to clarify that contrary to views expressed by some:

• The Ministry of Finance does not negotiate Contracts of SOE’S. These Contracts are negotiated by the SOE’S themselves, subject to the applicable SOE’S policies and applicable State Laws and Government Policies.

• The SOE’S are also responsible for the payments under the Contracts they sign, unless there was prior agreement by Government to ﬁnance the Contract in part or fully. Further, payments of local Contracts are made in the local Currency. Only international Contracts are priced in Foreign Currency, in which case the responsible SOE’S make the necessary arrangements to mitigate risk.

• The Government provides guarantees in respect of SOE’s contracts or agreements only where there is prior agreement to do so.” Angula said this week that she was not the Development Bank of Namibia board chair when the loan was approved. The Villager veriﬁed that she left the development bank in July 2015 and the loan was given in 2014.