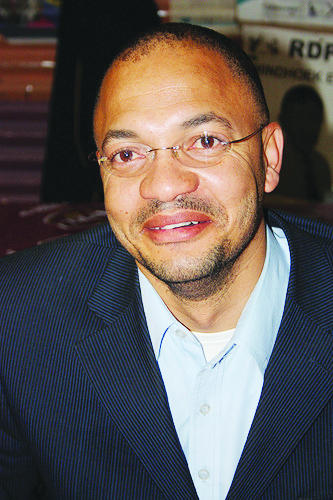 The recent High Court interim judgment between the Ministry of Finance (MoF) and the Road Fund Administration (RFA), preventing line ministers from meddling into internal operations of parastatals has been described as a difficult balancing act.

RFA won the case against unlimited influence in its operations by the Minister of Finance Saara Kuuongongelwa-Amadhila, a judgment which comes at a time when Kuungongelwa-Amadhila has announced that Government will not be dishing out bailouts to non performing parastatals but rather force them to sign performance contracts upon which any future funding will be based on.

Legal practitioners believe the judgment creates a demarcation between the roles of parastatals and ministers while Government through the State Owned Enterprise Governance Council (SOEGC) argues that the ruling does not render parastatals immune to scrutiny.

Mobile Telecommunications Company (MTC) Chief Legal Adviser Festus Mbandeka said the judgment has brought exciting times in the country but does not give a blanket freedom to parastatals.

“The judgment only clears out the fact the boards of parastatals should operate with independence to implement strategies without undue influence from the executive ministers. However, it is also important to note that the judgment does not spell immunity from scrutiny for parastatal heads,” said Mbandeka.

For Mbandeka, parastatals continue to work under Government scrutiny but there will be a clear distinction of roles between the State and the operations of the board.

“The Board will not have to just implement recommendations that come from the line minister but will be given the opportunity of coming up with strategies and maintain a clear reporting line with the line minister,” he added.

To him the judgement, protects parastatals’ managements from rubber stamping any ministerial recommendations without scrutinising them.

SOEGC, Permanent Secretary, Frans Tsheehama said the RFA versus Ministry of Finance judgment does not mean parastatals cannot be whipped into shape if they are performing poorly and Government could still appeal the High Court decision if need arises.

SOGCE is a wing under the Prime Minister’s Office tasked to regulate operations of SOEs and according to Tsheehama there has been a lack of understanding on the recent High Court judgment in favour of the RFA.

“The judgment does not necessarily say the Minister cannot be part of the operations but it generally stipulates the limitations on the influence of a minister on an SOE.

“The fact that the judgment says the minister cannot interfere in operations of the parastatals does not render them immune to scrutiny because there should always be a clear line of communication between the Minister and parastatal heads,” he said.

As part of the SOEGC’s bid to clamp down on poor performance in SOEs, Tsheehama said his organisation has recently adopted a remuneration framework endorsed by Cabinet.

“However, Government cannot just abruptly stop subsidising SOEs as it is the main shareholder in those companies. It’s like a businessman saying I will not make fund available to my business if it is not performing which is ridiculous,” said Tsheehama.

According to him, Government needs to strike a delicate balance between blocking subsidies for poor performing parastatals and playing its part as a major shareholder.

“It will be very difficult for Government not to help these parastatals because it is their role as the major shareholder and in most cases it is their roles to help out. There will obviously be a time when the SOEs are capacitated and only then will Government stop bailing them out,” said Tsheehama.

Lawyer, Norman Tjombe said the ruling provides a clear distinction of influence and duties between line ministers and parastatals’ management.

“This is really a hallmark of corporate governance, and provides a good tool to Boards of SOEs against political interference in the running of the said companies.

“The initial and main reason why certain departments or functions of Governments were created into separate companies was that these functions should operate on business principles and be divorced from the sometimes slow and tardy Government processes.

“Board members were appointed to direct the policy, control and management of the administration of these companies. It will certainly be wrong for the line ministries to interfere in the running of these companies, particularly when it concerns labour disputes,” said Tjombe.

He added that the line minister’s influence must be limited to their statutory mandate not in the policy implementation of the company.

“The line ministers’ powers are limited to what the Constitution and statutory laws provide, such as entering into performance agreements with individual board members of these parastatals.

“It should be noted that the order of the High Court is an interim one, and full arguments may still be advanced in the near future regarding the relationship between Boards of parastatals and the line ministers.

“But the judgment is a welcome jurisprudence on the issue of corporate governance, where there is a need to have some separation between shareholders and the running of the company,” said Tjombe.